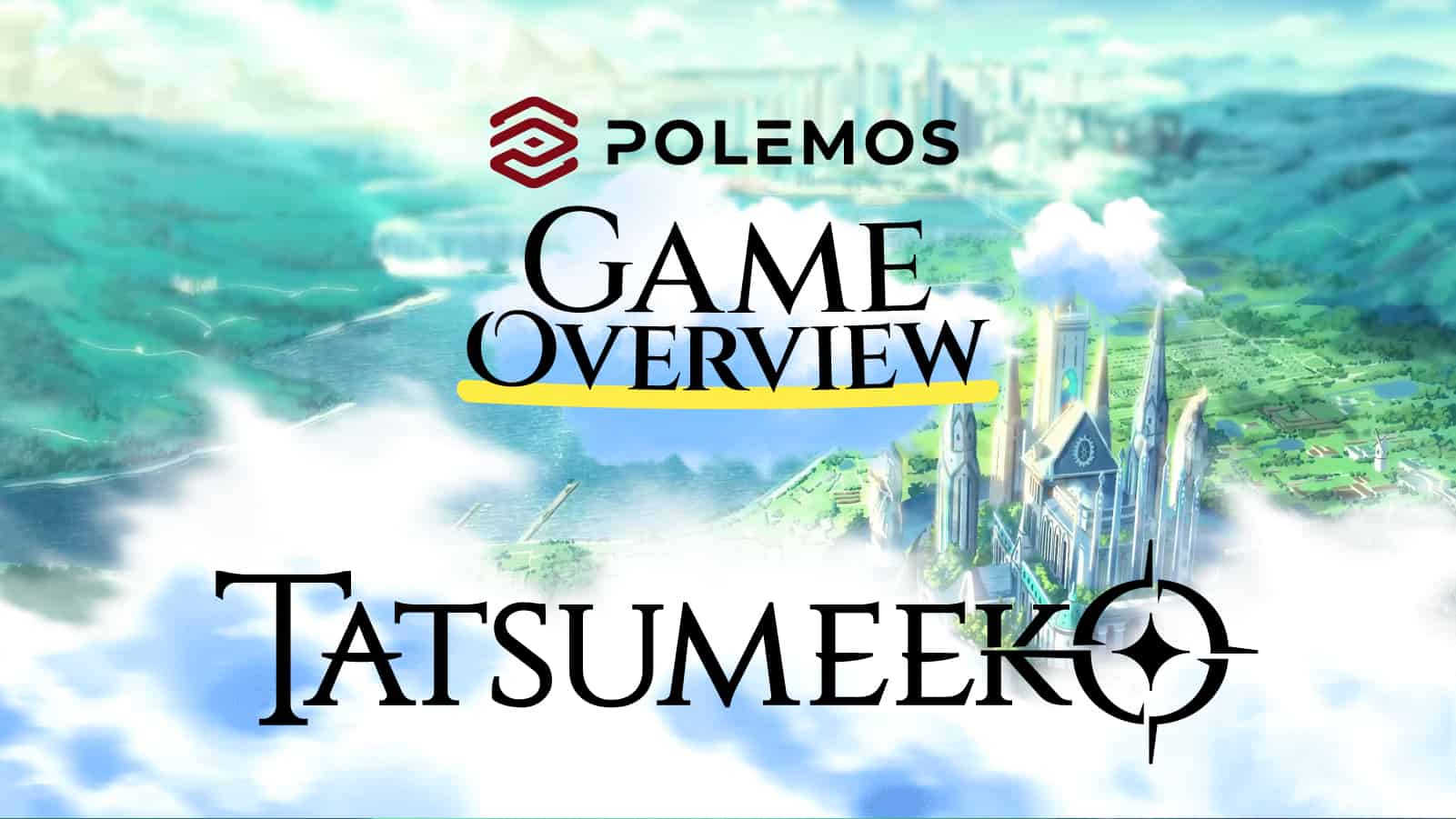 Since its inception in 2015, Tatsu Works has had one overarching goal: to grow communities and strengthen worldly relationships. Having built a massive following of over 99,000 strong on their Discord, Tatsumeeko is now moving full-steam ahead to develop their brand new multi-chain, modern fantasy idle MMORPG-lite for iOS, Android, Discord, and Web.

This game promises adventure, monster battles, personalization, and much more – so let’s get into it!

Tatsumeeko is an idle MMORPG-lite designed for adventure and exploration. Build your perfect party and execute combat strategies automatically to earn items, loot, and equipment while AFK!

Exploration Through Stories and Quests

Players explore the world of Ielia via interconnected nodes where they can view their characters and interact with the landscape around them. The main storyline and side quests introduce players to not only the mechanics of the game itself but to its rich lore as well.

Completed storyline missions, side quests, and events will provide rich rewards for players on their adventures! Not only will players be rewarded during these missions, but they will also gain glimpses into the background of different characters in the story.

Tatsumeeko features an auto-battler for combat engagement controlled by the composition of the player’s party, the character’s attributes, and their equipped skills, which will be utilized automatically in combat. Through careful planning and configuration, players can set up devastating combos on various enemies.

Where Creatures Abound, There’s Loot Around

Ielia is populated with a variety of life, from tame to wild, in hundreds of locations across the Steyrian continent. Players will encounter squads of dangerous monsters during their expeditions. Defeating these ferocious monsters results in loot drops containing valuable materials and more! Tame creatures may also be hunted for loot; the rarer the creature, the better the loot!

If you are looking for even more loot, dungeons and other instanced content can be found while exploring. Loot in these locations may be more valuable, containing items such as experience points, crystal shards, and even the potential for currency. Access to these will cost the player specific time-equivalent resources while providing largely predictable rewards with each attempt.

Cooperative Expeditions are organized and run by community dimension leaders. Raiding parties will band together as a team to battle different elemental monsters and complete all expedition objectives. And, of course, as a reward for completion, all party members will receive loot and other goodies!

Players who love to craft, understand the value of taking the time to learn life skills. While it may be less exciting than exploring, it will ultimately benefit players in a big way through trade and leveling. We’ve mentioned resources and loot a few times — learning Life Skills will help the player by providing them with additional items crafted from materials found along their adventures. These items can be traded with other players or used to increase the user’s overall life skill levels.

Dimensional Travelers: Who are they?

Tatsumeeko features three classes of dimensional travelers: Tank, Support, and DPS. Players will select their desired class when they begin the game, which feels familiar to most gamers; where this game sets itself apart is the player’s ability to change classes to fit their situation. Whether playing solo or joining raiding parties, customizing class combinations in different scenarios is a unique and fantastic feature within Tatsumeeko!

The Squire focuses on protecting their party while delivering damage when the situation demands it. They defend their allies fervently and can summon the incredible will to withstand defeating blows. Once advanced to a Knight, they learn to draw enemies away from partners while boosting defensive capabilities.

The Warrior is a defensive class revolving around providing defense through offense. Together with attacks that disrupt enemies, they attract attention while outputting heavy damage. Upon advancing to Gladiator, they learn to apply debuffs on enemy parties while also being able to attract enemy attention.

The Cleric’s primary focus is healing their allies while providing boosts to their passive healing efficiency. Due to the Sacellum’s rigorous training, clerics can negate any debuff afflictions on their party. Becoming a Priest improves their healing capabilities and ability to remove even stronger adverse effects and curses.

The Acolyte, a disciple in the arts of exorcism, is capable of fighting enemies and simultaneously healing individual party members. By advancing to Inquisitor, they gain an ability to purge positive effects from enemy targets while dealing bonus damage to afflicted enemies.

With speed and accuracy as their priorities, the Archer can quickly damage individual targets while improving damage output. Once advanced to Hunter, they learn to mark specific enemies and increase the amount of critical damage taken by their foes.

The Recruit is a team player, providing team utility while dealing with significant amounts of damage. After advancing to Sergeant, the class can support by reducing enemy efficiency in a hail of gunfire. They are also an inspiring presence, boosting their party’s offensive capability by dealing damage.

Specialists at dealing AoE damage, the Magician utilizes their mastery of the mystic realm to unleash team-wide attacks on enemies. Once advanced to a Wizard, they gain the ability to replenish their abilities, allowing them to bring forth multiple volleys of damage-dealing magical bursts.

An expert at subterfuge, the Thief applies debilitating effects upon their foes, rendering them unable to act at times and causing bleed damage. They fade in and out of combat upon advancing to the Assassin class, increasing efficiency while waiting to deliver a critical strike.

Make Your Traveler Your Own: Customized Gameplay Avatars

Explore the Steyrian continent in style! After choosing one of the five available races, players will have the ability to create their avatar using customized cosmetics, a unique layer system available in-game. Who doesn’t love to customize their avatar?

Tatsumeeko is truly a beautiful, expertly-designed game; from the art to the lore to the focus on community-building, this masterpiece is highly anticipated by the Polemos community. The game is still developing, so stay tuned for updates on our thrilling new partner! Polemos and Tatsumeeko’s adventure is just beginning…