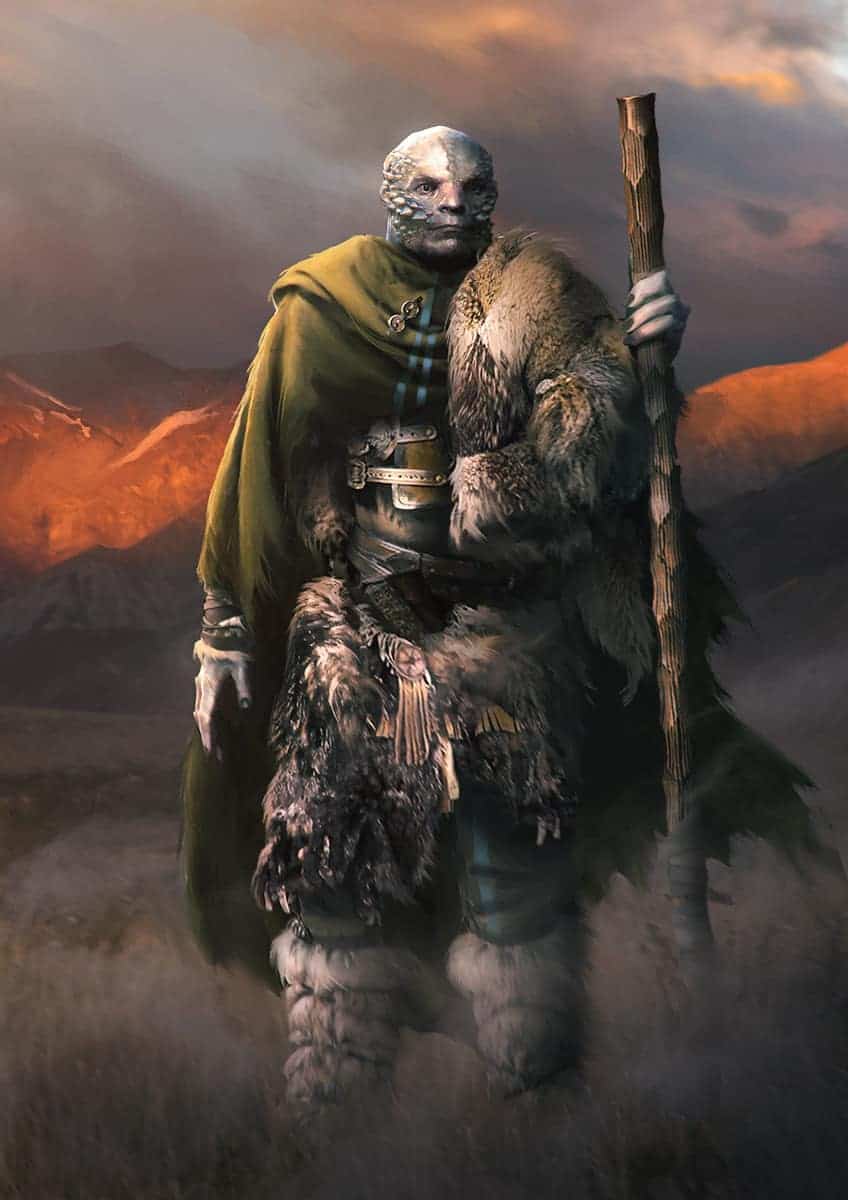 It has been a month now since I was taken by the council and married to Xil’van. All my friends and family are telling me that I am lucky to have been favored by the ancestors, but I find myself not fully understanding what they mean.

At a young age, my parents betrothed me to Pa’hala. She was quite a few years older than I was, but she was kind, and I never felt ill at ease around her. Because of our betrothal, I was placed in her patrol group to help me learn to obey her commands once we were married. A love connection blossomed, or at least that is what I felt. Women, of course, are never ones to share their emotions with us men.

Being a good leader, she naturally never favored me. But the nights away on patrol, chaperoned by her guardswomen, she allowed me to speak directly to her without having to wait for her to speak to me.

On my chest, I still bear the scars of the wounds I took protecting her from the Forest Ghoul that passed by several years back. We did not slay it, but from what I hear, that was to our benefit. Apparently, it was corrupted, and it took a gifted Seeker to take it down. Pa’hala nursed me back to health herself, and I felt so honored to serve her as a husband in future years and take care of her children.

But, alas, the storms had something else in store for me. Right before I was ready to make the long trek to Pa’hala’s homestead to be presented to her, my mother requested one last viewing from our village’s shaman. A cruel bitch by all accounts that I heard, but my mother seemed to have taken a liking to her – even spending late nights at her tent in the middle of the forest, leaving my fathers out in the cold, waiting to escort her home. There was rumor of abuse even, but I have never seen any real proof of that.

When the shaman approached our house in a red fur-lined leather suit, I knew something was up. Our Snow Shamans are mostly one single tribe that rule the Naru without truly ruling them. I overheard Pa’hala saying that they wield more power than the 5 Chieftainess of the Northern Tribes combined. They are our conduits to the ancestors whose souls are wandering through the storms, and the shamans have several rituals to speak to them. As a man, I have no idea what those rituals entail, and my mother, as conservative as she is, does not share anything with me. I am already such a disappointment to her for not being a woman. What I do know, however, is that the Snow Shamans that wear green are doctors, healing and caring for life. Those who wear red assist in protecting the tribes, making potions for strength and poisons to hunt.

I think there were more colors… This boy I used to know, Kha’raab, mentioned something about a Blue and a Yellow faction, but I do not recall what he said — and he was a little weird at best, but I digress.

The Reds were dangerous. They hated men and only used them for pleasure or experiments. That she came to our house in the first place was an absolute warning, but what could I do?

She stopped a few steps in front of our home and screamed in a shrill voice:

Within seconds, strong hands grabbed me and all but tossed me aside. I was strong, for a man at least, but the way I was womanhandled made me feel like a kid. At least my fathers had the decency to look ashamed as they stepped back and prostrated themselves for the Snow Shaman, making sure their eyes did not meet hers.

I must have been too slow to prostrate myself as my mother’s boot kicked me in the back and found its place at the nape of my neck.

“Bow down for your superiors, boy,” she spat as she planted her staff right in front of my nose. I closed my eyes and ignored the chatter above my head. Some bags of what I think was currency changed hands, and then the Red Shaman took me by the scruff of my neck and started inspecting me.

“This one is strong. Baros willing, he will not stand in Xil’van’s way of getting offspring”. She let go of me and started walking away. After a few steps, she stopped and turned around.

“Have him ready at dawn tomorrow. She will send for him.” Then, snow billowed around the Red Shaman, and she was gone. I blinked several times in disbelief, but she was truly gone.

That, however, was not the most surprising thing. When I turned around to ask my mother what had happened, I saw sadness in her face for the first time in my life. It was just a split second, a brief glimpse of caring, and then it was gone again. She bowed to stare me in my eyes, and I flinched, the memory of her foot on my neck still fresh.

What followed is something I never thought to hear a woman say to a man, definitely not something I would hear my mother ever say to me. She shook her head a fraction and said:

“I am sorry, Aman’dla, my son. This was the only way I could keep you safe.” Then she turned on her heels and started giving out commands to my fathers.

It was the last time I saw her.