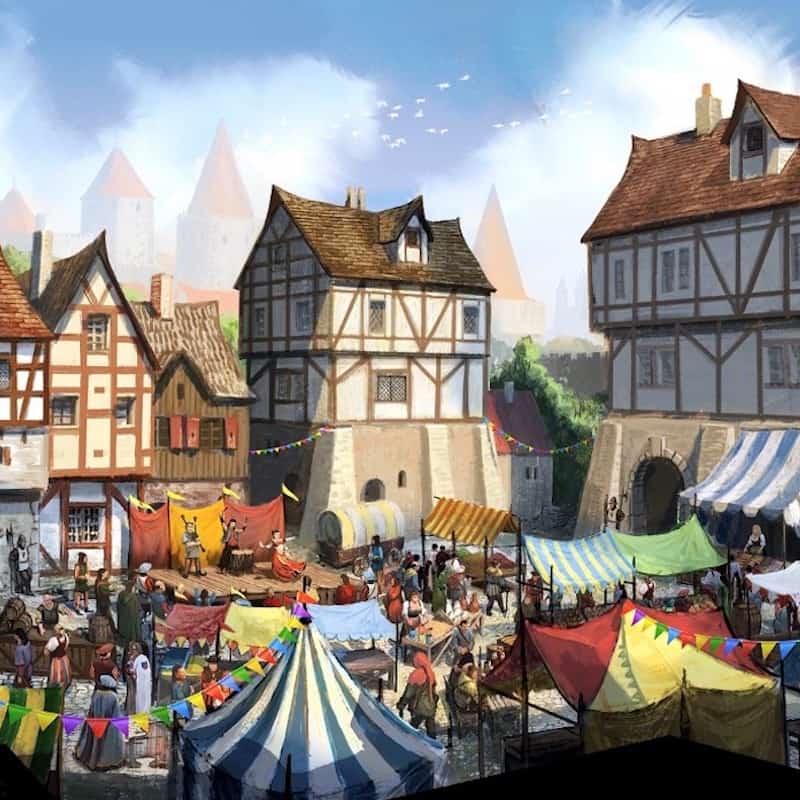 Dranau is the second-largest city on Durania, only surpassed by Ligora, the capital of the Human origin world. A cesspool of crime and violence, many call it the Filthy City. For decades, Dranau hasn’t seen anything even remotely resembling a stable government or rulership.

Dranau was founded almost a thousand years ago, and once upon a time, it was the most beautiful city on Durania — even outshining Ligora. But things changed when king Regold II began to terrorize the population with his ruthless regime after the Long Night ended. Only a military coup, led by Malcom Ramir — a decorated general — could end the horror by dethroning the merciless and manic ruler.

What could have brought about a time of peace and rebuilding, worthy of the city’s lost beauty, ended abruptly when Malcom Ramir died unexpectedly just shortly after the successful coup. Robbed of its kindhearted leader too soon, a war broke loose between anyone who saw an opportunity to take the crown for themselves; a war that — to this day — hasn’t found its end.

Corruption, violence and death are part of daily life in Dranau. Gangs rule the streets, and those who try to avoid being a part of it either hide in the shadows alone or come together in smaller groups, desperately trying to protect one another in the worst and thus least desired parts of the city.

Dranau was once a thriving city, divided into four districts — the harbor, the market, the temple and the residential area — but these times have long passed. It is still possible to recognize what purpose the districts once served, but even locations as distinct as the harbor and the temple — while still in use — have succumbed to the criminal elements of the city…