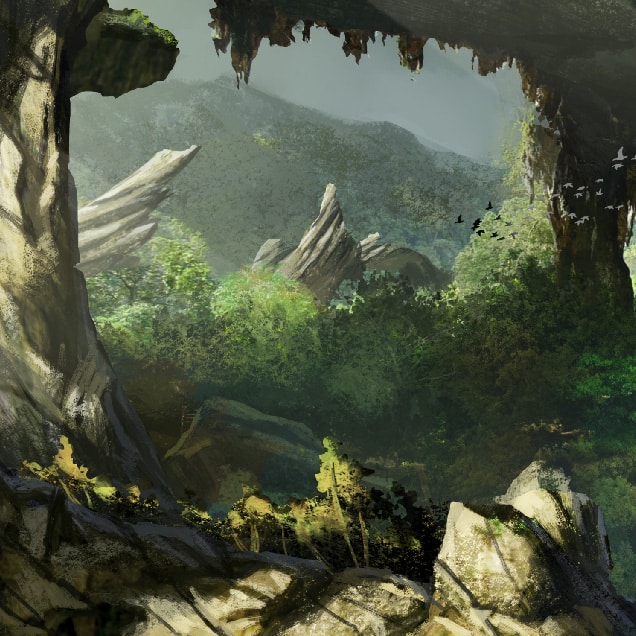 hough they are the youngest race, they are by far the largest, most well known and widespread population across the known worlds: The Humans.

Their origin world Durania is a paradise world covered in grassy hills, lush forests, cool meadows and grassland, all teeming with life. A large variety of animals, tamed and untamed, cover the planet, making humans feel as if they were specifically blessed by the Gods. The planet has several local species that are exclusive to Durania such as Urds, Equos and glimas — the latter often kept as pets and a favorite amongst wealthy citizens on other worlds.

Durania is divided into several nations and has many cities. As such it is a lively world like none of the other known worlds. It is perhaps for this reason that the Dhari saw fit to provide at least two ether portals that are placed on neutral ground to facilitate travel on and off world. There are rumors of more portals on Durania, but the most likely story to be real is the one about a third portal, hidden within the ancient and mysterious Garwan Forest. As no one has been able to confirm it’s existence however, this remains a story. Many a nation has sought to expand into the Garwan Forest in the hopes of finding legendary treasure and of course a potential ether portal of their own, but none of the scouting parties that were sent out ever returned, making the nations leaders cautious about launching larger expeditions.

Though Durania’s history and large population has resulted in surprisingly good and long lasting infrastructure, it still takes a lot of time to traverse the long distances between the cities. The Equos, known for their endurance and power are perfectly suited for labor and pulling carts; so much so that power on Durania is actually measured in how much weight one Equos is able to pull. Equos were therefore domesticated quite soon, regardless of them being carnivorous, to be used for either personal transportation or in a team to pull large carts filled with travelers and goods.

The largest cities of Durania by far — Dranau, Ligora and Springwell — are located in the far east, west and north with many smaller cities and villages in between. Considering their fast growing population the Humans would have settled in the southern parts of Durania as well, but an unusual amount of vicious deadly creatures, both seen and unseen, are keeping the Human expansion at bay.

In terms of food, Humans seem to have been blessed with a physique that allows them to consume almost anything, both on Durania and off world. This has resulted in a fusion culture mixing local produce with foreign recipes surprising off world travelers with an explosion of flavor, a colorfulness not always appreciated by all.

Since the Long Night, Durania has been a peaceful world where a mutual understanding exists between the nations of Men that there are forces larger than themselves out there. Political experts have speculated they will see a unity which has never been seen in the history of Durania. This is not a sentiment shared by all however and small nationalistic groups on Durania are spreading propaganda, advocating the destruction of the ether portals. Rumor has it that these groups are supported and funded by the Church of Essence, a cult-like religion that is quickly spreading out their influence from their base in Dranau.