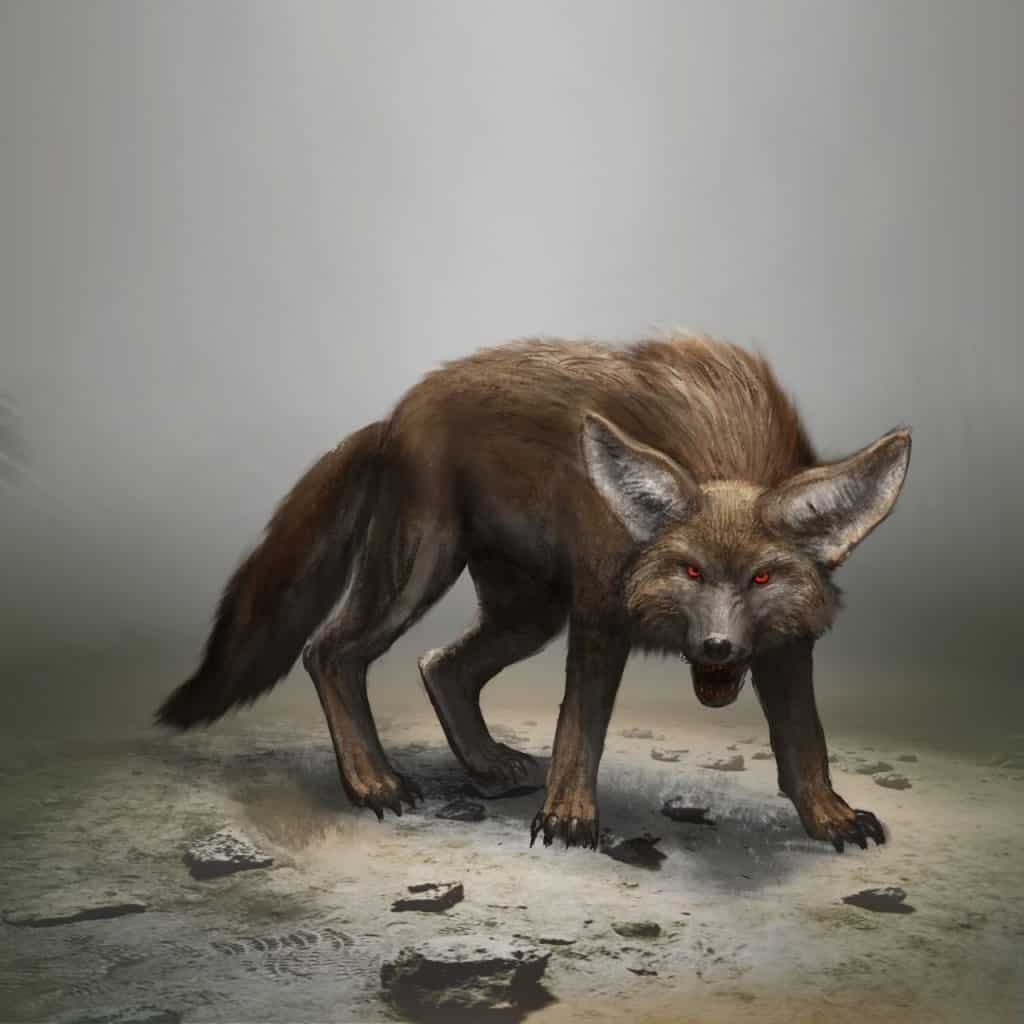 Cursed as vampire hounds, Fenneks are often one of the most dangerous threats on any world. They usually roam in packs of two, and while other creatures might appear more deadly at first sight, it’s the viciousness of these beasts that makes them so deadly.

Fenneks rarely back away from a hunt and when it comes to their prey they don’t make a lot of distinctions. If something is alive, then it needs to remain alert whenever a pack is in the vicinity; even their own offspring isn’t safe if the annoyance of hunger becomes too overwhelming.
While they sometimes do rip their prey to pieces and devour parts of it, Fenneks are mainly after the blood of their victims. Most often, they try to sink their teeth into the neck when lunging at something in order to immediately snap it by brute force, only to then slowly suck all blood out of the warm corpse.

Luckily, the population of Fenneks remains low throughout the universe and one of the reasons for that is without a doubt their inability to ignore potential prey, regardless of the danger for themselves. In the unfortunate event of actually encountering one of them though, it is important to avoid losing composure and simply flee in panic. Fenneks have a pronounced ability to cover long distances in short time, and many have claimed to see a Fennek leap at its prey from several yards away.

They have been roaming the universe since before the Long Night but the origin of Fenneks is still completely unknown. Despite having a low population, they can be found on a variety of worlds – often differing in fur color depending on the climate – which makes it even harder to track where they originally came from. While nothing but a legend, there are stories that speak of a pair of ancient Fenneks – allegedly even much larger and more vicious – who’ve been hunting together for hundreds of years, and are supposed to have birthed the Fenneks known today.