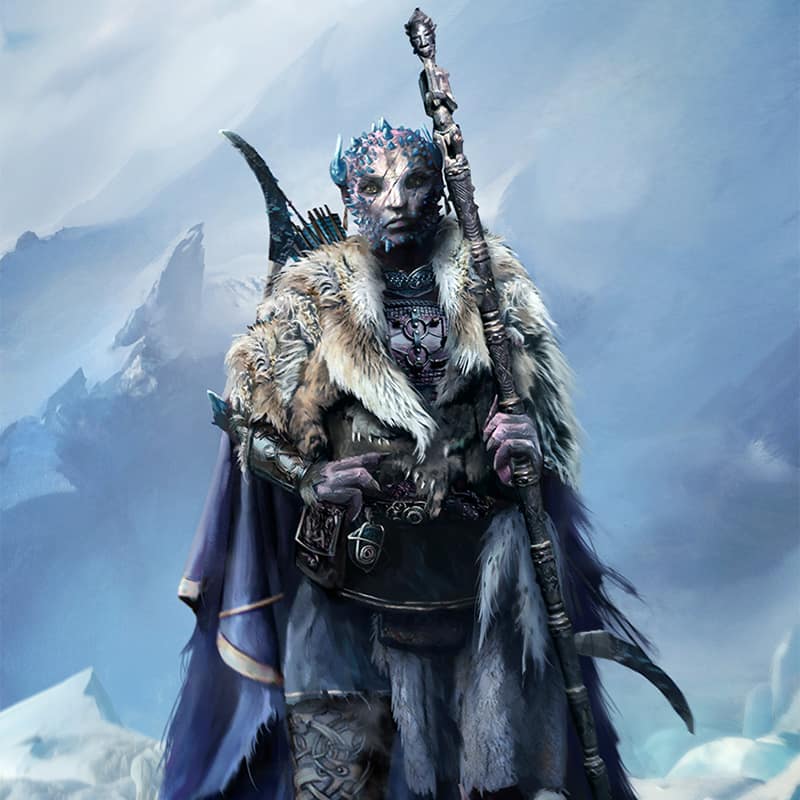 Dorian spat, or at least he tried to. It felt like the last drop of moisture on his tongue evaporated weeks ago, whilst in reality, he had only left Ankrabad three days before. Why did he always end up making these runs for the Alvordis into the desert? His punishment could very well be carried out in the cool palace, scrubbing chamber pots, cleaning the stables, and feeling up the skirts of willing plump maids whilst sipping brandy stolen from the Alvordis storage. Still, every month he was sent out into the desert to look for the rarest of flowers because “they pair so well with my midnight wine,” according to his owner, one of the daughters in the Alvordis family.

He scowled at the guard’s back in front of him, a Naru Seeker called Me’eri, who the Alvordis hired for her so-called legendary resilience and skill. There were rumors she could wield Light, but you never knew what lies these off-worlders spun to get into the favor of the higher classes. Her head swiveled in his direction, and Dorian schooled his face immediately. No need to get in trouble over disrespecting a Scaley, especially one whose reputation puts her on par with royalty.

The Naru pointed somewhere ahead of them and changed direction. This had happened several times now, and he hadn’t bothered to ask why. But when he turned this time, a glimmer caught his eye.

Five hundred metres or so in front of them, a large cactus jutted up into the sky, leaving a long shadow on the floor even though the suns were at their peak. Geometrically shaped blue crystalline leaves sparkled, covering the shadow with tiny rainbow-rimmed teardrop shapes of light. On the top of the cactus perked a giant pink flower that looked as if it was made of clear glass.

This Alvordiae flower, named as such in honor of the Alvordis family, had an exterior that was firm but velvety to the touch. If cut, a sweet smell would emerge from it that was so potent that you could almost visually see golden tendrils wrapping around your head and invading your senses. He never tasted it, of course, and he could only imagine what it would taste like.

Dorian licked his crusted lips and called out to Me’eri. “There it is. Why do you lead us astray, you fil…”. The Naru snapped her gaze towards him, and he stopped talking immediately.

“My apologies, lady Me’eri” he continued with a voice as sweet as honey. “I got carried away due to this titan-cursed heat.” Cautiously he turned from her and looked at the Alvordiae flower. “Look… that flower there is what I’ve been sent to find. Were you not informed?”

The Naru swore in her native tongue, a guttural sound with some hints of a melody that left you to wonder what it would sound like if the Naru would sing. Not that Dorian cared much for the possibility of hearing Naru sing. The words that followed her cursing, however, curdled his blood.

“Fenneks are near. They have been following us for a day now.” Me’eri pointed towards the cactus with her staff and turned as if to continue their travels.

Dorian did not move. He had heard about these creatures. Dangerous animals that would drain their prey’s blood within the blink of an eye. Off-world no doubt. Nervously he looked around as if he could see them. Surrounding him, he only saw brown rock with sand heaped against it and the beautiful Alvordiae glimmering in the sun, inviting him.

He tried licking his lips again, not creating any relief on their cracked surface.
A voice in the back of his head started whispering that perhaps the Naru guard wanted to have this flower to herself, that she only took this insignificant job to lure him to his death. Yes, it made sense. Why would one of those disgusting Naru guard a human, a disgraced one at that, other than for the purpose of robbing him, humiliating him?

Dorian jumped off his ride towards the flower, but after two steps, two Fenneks casually stepped from behind the cactus; the hairs on their back upright and their teeth bared, ready to sink them into a tender neck and suck out the blood. He yelped and turned to leave. He heard growling and fighting sounds coming from where he last saw the Naru, but his mind was clouded with panic as he ran.

Tripping over a rock, Dorian fell face first on the dusty rock floor. His lips finally decided to split, and he could taste the coppery taste of blood filling his mouth. Before he was able to get up, two broad paws pressed down on his shoulders hard, making his head bounce on the floor once again.

A sickly smell of rotten flesh and carrion filled his nostrils, paralyzing him in fear. He stretched out one hand towards the blurry image of the Naru to his right, fighting off several dog-like shapes. Dorian blinked, but his vision did not clear up. A sob escaped his throat as the realization set in that this is where he would die, all because he was too proud to listen, too stubborn to accept the word of an off-worlder.

Tears were streaming down his face when the Fenneks finally tore into him, exsanguinating him, his soul fizzling out, filled with regret, embarrassment, and fear.

Legends of Me'eri - Birth of a Seeker