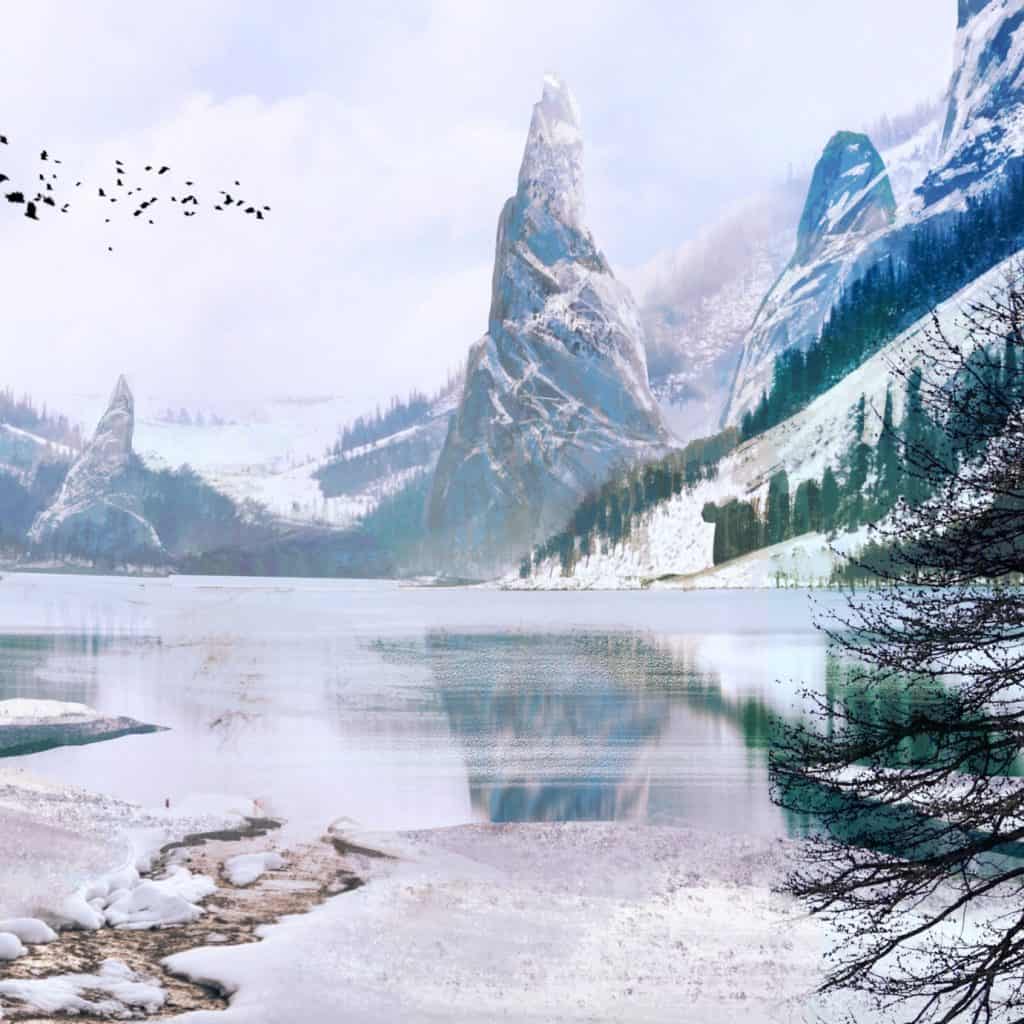 Limera is often described as cold and harsh; a breeding ground for people embodying the mantra: “survival of the fittest’’. A rough and down-to-earth people originated from this world which are as tough as the planet itself; The Naru. Living in caves, they are spread out across the planet in matriarchal societies which, combined with the brutal conditions on the planet, is most likely the reason no wars have been fought in their entire existence.

Though the world seems to be smothered in snow-covered mountains, often struck by heavy winds, that is only a non-native perspective. Still cold without a doubt, there are large forests on the southern continent where Naru tribes thrive. Unfortunately, so does a variety of vicious monsters who have inherited the unforgiving nature of this world.

Across the world and throughout its entire history, various unconfirmed sightings of Yetis have been recorded. Many expeditions were led to validate these claims, none of which were ever heard of again. Whether the planet’s wild climate took their lives or if they in fact encountered these so-called Yetis remains a mystery still.

With humans arriving on Limera before the Long Night, several types of livestock were introduced into the ecosystem. Though many species did not survive, goats can still be found on Limera and are an important resource for both the Naru and the city of Windhaven, providing them with fur, milk, meat and bones.

Limera plays an important role in the universe. Not only is it the origin world of the Naru, it also harbors the city of Windhaven — a true miracle in architecture — and with it, one of the Bastions built by the Essence Hunters. In their early days, the hunters arrived through this portal, encountering a large Naru tribe living in the cave system that is now known as the Windhaven Understreets. The Naru first thought they were Dhari returning to save them after The Long Night, but as soon as they realized that this was not the case, The Naru became hostile. To the Naru the ether portal and all around it is holy ground, not to be entered or used by anyone on the penalty of death. Regardless of the pleas made by the Essence Hunters that they did not arrive to harm them, the Naru’s anger could not be soothed and they were forced to defend themselves. A bitter battle ensued which was won by the Essence Hunters and their superior fighting skill but to this day, that particular part of history causes a lot of tension between the Naru and the Essence Hunters.

Deep within the Bastion, the once main ether portal of Limera is situated. The portal is open for free travel but traffic mainly focuses on citizens of Windhaven or new recruits for the Essence Hunters. The environment surrounding the city is rather unwelcoming and the Naru communities within travel distance prefer to not be disturbed by off-worlders. Every time Windhaven hosts a Gathering of Masters, which is a rare occasion indeed, all travel through the ether portal is extremely well guarded. Anyone entering through the portal will be required to leave immediately – unless they can prove that their lives depend on being in Windhaven.

Seekers that have been willing to share about the mostly secretive Naru society, have made mention of another ether portal on the southern continent. It is protected by particularly fierce Naru tribes who restrict travel to Seekers only.

After The Long Night ended, the Naru were forced to wall off this ether portal to keep the horrors that had emerged through the portal in check. Historically called the ‘Door of Absence’ from which Seekers traveled from and to Limera, it was now referred to as ‘Baros Gate’; without a doubt a reference to his alleged connection to Death itself.