Me'eri: Encounters of the Thirst Kind 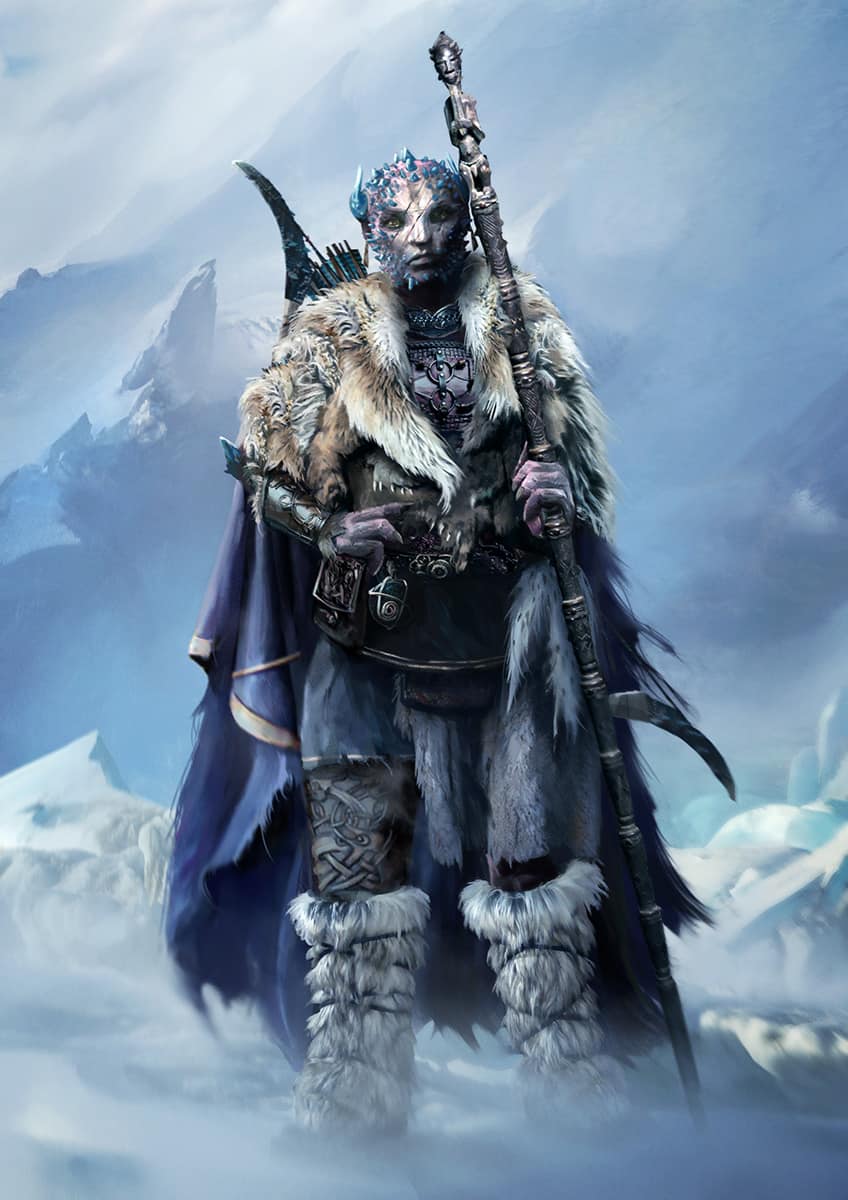 Me’eri immediately decided that she hated this world the second she stepped through its portal. Durania was too warm, even when the Humans welcoming travelers told her that she arrived during winter. Looking around her, Duranians apparently had a very different idea of the term “winter”. On Limera, winter meant extreme cold and snowstorms, hunger and possibly even death. But right now, on Durania, though there was some snow and people were walking through the streets of Dranau, hunched over and clamping their cloaks to keep the warmth, Me’eri would describe it as a hot summer day.

It was new for her to be on a different world and leaving had not been easy. Her mother and her tribe’s snow shaman had refused to make eye contact with her, as was the custom for anyone becoming a seeker, but her father had told her that they were very proud of her being chosen by Ferana herself to wield their power.

She still could not make sense of it. After she woke up with the remains of the Forest Ghoul in front of her and realized what had happened, she started shivering, knowing what the next steps would be. Of course, her knowing what those steps would be was only due to her training to become a Chieftain-apprentice. Her mother was aging and she was the Second-born daughter, destined to lead and protect. As a kid she had envied her older sister who was becoming a shaman, but she came to like her position. At least she didn’t have to eat that disgusting ritual food on a regular basis.

To be a gifted Naru was extremely rare. Where the Humans knew many gifted, it was not so common amongst the other races and even less so amongst the Naru. The community was divided on whether or not it was a curse or not, but her mothers Sect believed it was a gift from Ferana herself to be cherished and that chosen ones were to further the interests of all Naru.

Me’eri touched the green emerald stone on her bracelet, a sign of her new found status and a signal for all Naru everywhere of who and what she was. She was bound by oath to help every single of her people who would reach out to her for help. At least those were the old ways and she had no idea if the tradition was remembered. When the Long Night cut off all Ether portal travel, tens of thousands of Naru got stranded on foreign worlds. Me’eri wondered if they mingled with the people on those worlds or if they just continued their lives as if nothing had happened. She had never heard of any off world Naru coming back, but then again, traveling through the Ether portals was not something that any people dared to do now that the Dhari were no longer there to guide them through the Ether realm.

She caught a tall figure staring at her from across the road, immediately putting her on high alert. Somehow, she felt that they had been staring at her for quite a while. They wore a disheveled cloak that had once been white and the hood of their cape was hiding their face and expression. Slowly lowering her hands and changing her stance to fend off an attack, Me’eri glanced at their feet and blinked. No shoes and judging by the caked filth and mud they had not been wearing them for quite some time.

A hand on her shoulder made her spring into action, stepping forward and whirling around, swinging her fist at her perceived attacker. Right before her fist connected, she recognized the wide open eyes of another Naru, a Seeker’s Host , and she stopped. The Naru swallowed and licked her lips, eyes flitting between Me’eri’s battle hardened knuckles and her face.

“Mi.. mi.. Miss Me’eri?” she stammered, making a soft whining noise. Me’eri glanced to where the figure had been standing. Nothing… Odd. She only looked away for a moment. Must’ve been this damned heat throwing off her senses. Withdrawing her fist she began to give orders to the girl.

Tomorrow, she was going on a hunt in this new territory.

Me'eri: Legends of a Birth Seeker