Mother to all and none 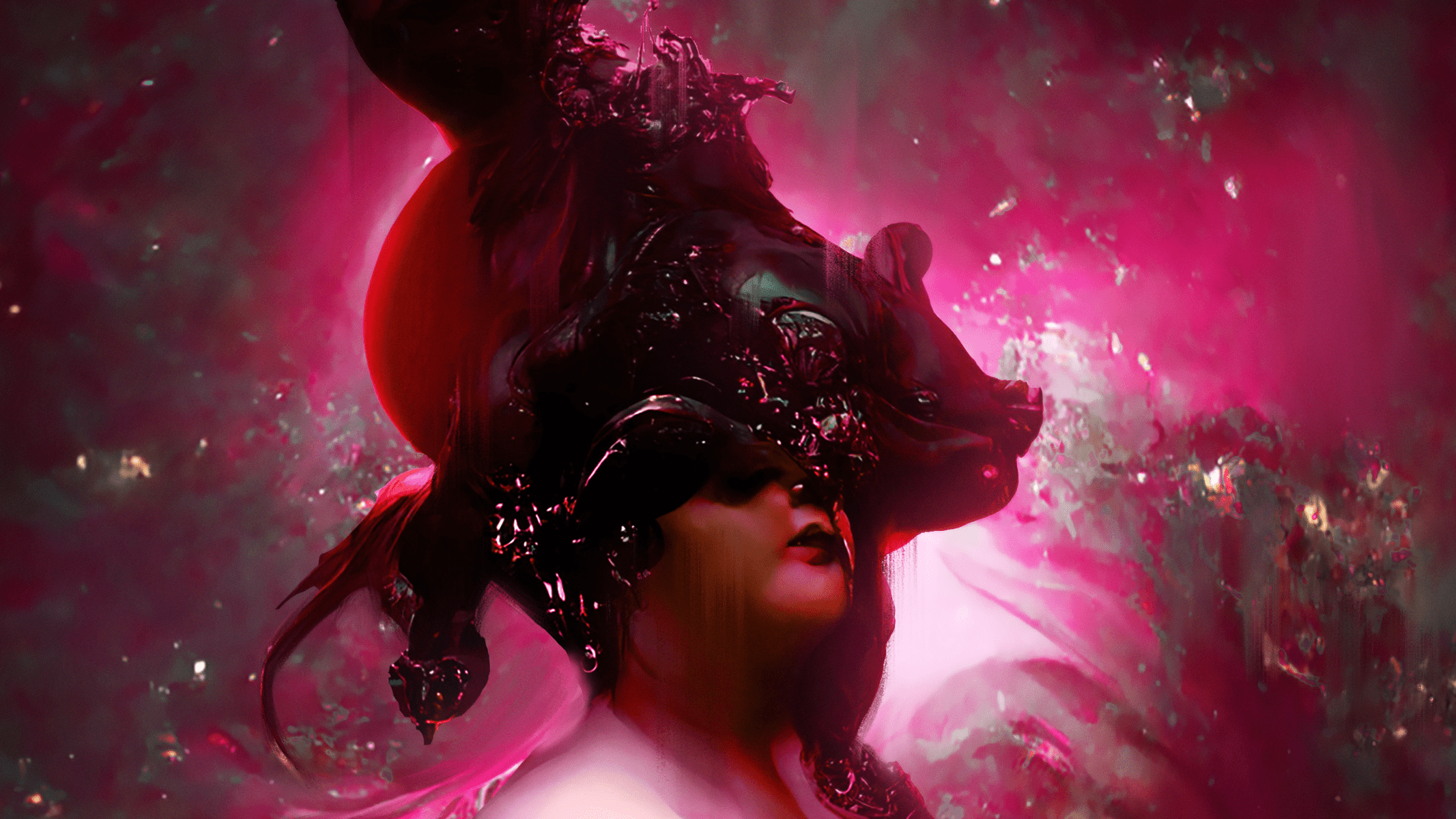 Almea – Godmother, Giver of Life, Lady of the Land

Sergei never really believed the Gods were real. In fact, he thought that everything that existed was the result of cosmos fungus that mutated and that they were all just living on borrowed time, waiting to be smoked by a humongous bearded hippie.

He chuckled to himself and took another puff of his pipe that was filled to the brim with powdered kings-cap and a little bit off Urd hair and grass. To his people, the use of hallucinogens was widely encouraged, but Sergei had become an expert. His job was to cultivate the mushrooms that were used in all kinds of products, and he prided himself on getting the finest blends and testing out all kinds of soils to get that good vibe going.

On this day, it was a few days before harvest; he had closed the greenhouse to test some new blends, and oh boy, did they work. Just when he was contemplating how life really started, a little bell rang. Someone had come into his store, even when the door was closed.

“Hello? Is anyone there?” it sounded from the front. Sergei had difficulty rousing himself to respond, and it felt as if he was gliding across the dirt-covered floor to meet the owner of this beautifully melodic voice. In front of the door, between his fresh feces used as manure for the more exotic fungi and his tools, stood what Sergei could only describe as the epitome of femininity.

The woman seemed to belong in his shop, even though everything about her seemed outrageously expensive, and she had jewelry on almost every part of her body. Her hair, which seemed dark and light at the same time, was put up in a partial bun, with a golden net holding back the fierce locks on top of her head, making it look as if she had the horns of a ram. The rest fell down as a waterfall, covering her body, clinging to her full breasts and swirling down, opening up ever so slightly around her jewel-adorned navel before wrapping itself around her thick thighs and legs. Sergei would, later on, claim this was due to the fact that he was incredibly high, but it seemed as if she was wearing just her hair.

What Sergei would never forget were her eyes. Big bright incarnadine eyes that gave him the feeling that he could trust her with everything and anything and she would take care of it. She blinked slowly, and said with that soul-pulling voice that forced him to move, “Sergei, would you like to create life with me?” A slow smile appeared on her full lips, colored in oxblood red, and she revealed teeth as white as fresh milk. Approaching Sergei slowly, she placed a hand on his pants and made a low sound of approval.

Baros shook his head in disgust when Almea exited the greenhouse with a satisfied grin on her face. Wiping some blood from the corners of her mouth, she looked at him with a roguish look. “Oh, don’t tell me you disapprove, Baros? Our creations need to be reminded of our presence every now and then. Besides, I have to bring them to your realm before putting the fear of me in them.” She barked a command, and a tear in existence opened, showing the lands of the Gods beyond the threshold.

“As much as I like playing with my subjects, we have a job to do,” Baros said, and he winced. “This… inconvenience with the Well needs to be addressed, and I fear it will take all our remaining strength in case it breaks. So yes, I… disapprove of your gallivanting across the universe.”

Almea rolled her eyes and patted Baros on his cheek. “There, there, Mommy is back to take care of it all.”

Baros growled and followed her through the portal.

In the greenhouse, Sergei was slowly coming to his senses. He was shocked to find himself partially clothed in the middle of his mushrooms, with blood covering the walls and all the buckets he grew his crops in. He looked down at his tattered shirt only to find himself completely unharmed, aside from the fact that he had lost all of his pubic hair.

After he confirmed nothing was wrong with himself, he got up to see if he could find anything that was out of order. In front of the door to the greenhouse, he found a small golden coin with a ram’s head on one side and a symbol he did not recognize on the other.

Pocketing the coin, Sergei started running towards his village to tell the story of a lifetime. 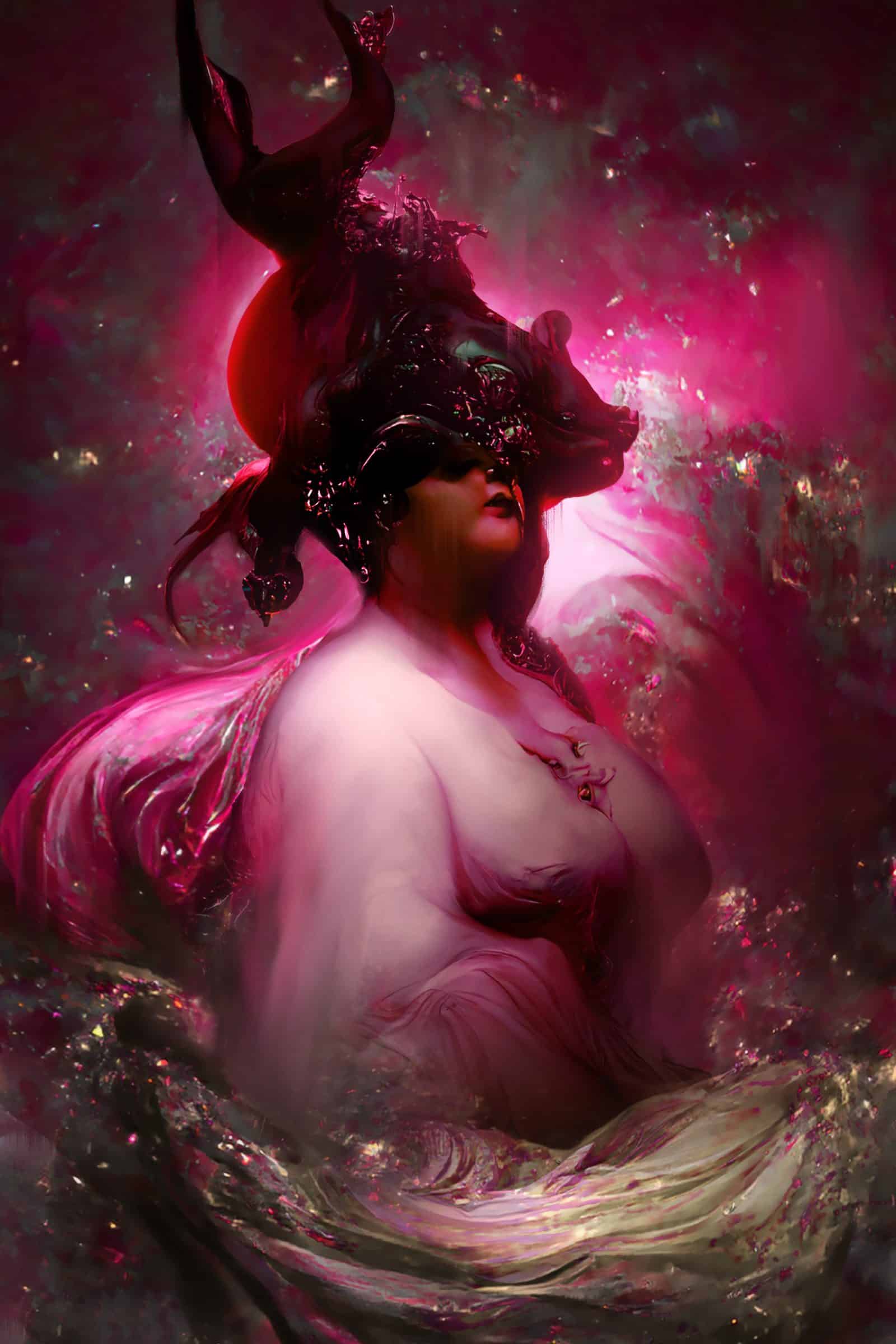