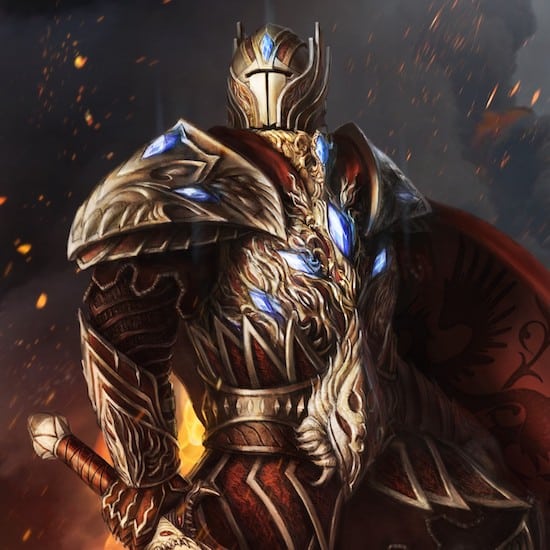 After an hour of walking through the tropical forest, and with some freshly picked berries in his pocket, Storm reached the ramshackle cabin he had been calling home for more than two years now.

The cabin was built at the foot of a large stone formation, and all around it someone had dug a moat, several yards deep and wide. Storm had no idea who was responsible for it, but when finding this place on a mission a few years ago, he knew right away that it might become useful at some point.

Unfortunately, reaching it always meant quite a lot of work since only one side came with a mechanism to lower the rudimentary bridge; and so, Storm headed towards a spot where the trees reached all the way to the edge. Underneath one of the bushes, tied to a tree, he found the rope he was looking for and started his descent, eventually using another rope on the other side to get back up.

When he first arrived, Storm thought about how to find a better solution — considering someone else could use the ropes as well — but he quickly came to the conclusion that it was highly unlikely that someone else would be stupid enough to venture out here voluntarily; after all, even the inhabitants of Rantau, the only village on this island, didn’t enter the rainforest further than its very edges, afraid of all the dangers inside.

Standing in front of the door, Storm looked up, and noticed how the sun — what little he could see here in the first place — was hidden behind some large and dark clouds. He took a few steps back and carefully inspected the roof to see if his patchwork still would keep the rain away; when he deemed it fine enough, he walked back to the door and put his hand on the handle. As he was just about to open the cabin, he caught a glimpse of a small pile of earth in the corner of his eye.

Storm froze, his hand still on the handle; he could feel his heart getting heavier while his hands began to tremble. When the pressure on his eyes increased as well, he closed them and tried to get his rapid breathing under control; by now his entire body was shaking, as he desperately focused on his breathing in order to overcome this attack.

It seemed to work.

With every steady breath, he felt more comfortable again, until eventually, the moment seemed to have passed. His body had stopped shaking and with a sigh of relief, Storm opened his eyes, staring at the dark wood in front of him.

There was nothing he could have done to prevent what followed.

Out of nowhere, Storm screamed out and bashed his fist against the door. Once, twice; again and again his knuckles clashed with the solid surface until it eventually gave in. His face contorted with pain, Storm looked down on his bloody hand and kicked the door open in order to take care of his wounds.

It wasn’t the pain though that angered him the most. Far more frustrating was the fact that once more, he had to repair a hole in the door.

Storm was sitting on the bed, calmly staring out the window. It rained, and the fresh smell of nature outside filled his nose. The air felt warm, almost soft, and the quietness surrounding his cabin brought some peace to his mind. As much as he felt in control though, he knew that he had to see her again. The anniversary of her death neared, and with every day that passed, his anxiety got worse.

Even now he could feel it creeping up on him the more he thought about it, until it eventually reached a point he couldn’t bear any more.

Determined, Storm got up and made sure that both the window and door were fully closed. He considered barricading the door from the inside but quickly realized that he didn’t care enough any longer; if something wanted to get in, then so be it.

Walking to the center of the cabin, Storm got down on his knees, and from underneath a loose floor panel he pulled out a small casket. As carefully as possible he opened it and looked at what little there was left of the magical dream herbs; two more visits until his stash would be depleted, and considering how he came in possession of them, it was impossible to say if he ever would be able to get a hold of more.

Pondering the scarceness of the herbs, Storm considered for a moment to wait a bit longer, just a few days, maybe a few hours at least; but even if he wanted to, he simply couldn’t take it anymore. His longing was too intense, and so he took half of the remaining herbs and put them into a fireproofed bowl, carefully adding a variety of oils. At last, he sat down on the bed and pulled out his flintstone. It didn’t take very long until the herbs caught fire and the magical smoke started to fill the entire cabin. Breathing heavily, Storm inhaled as much of it as possible while listening to the crackle of the fire.

All of his concentration was focused on remembering the right moment; under no circumstance did he want to risk the traumatic experience of awakening the wrong memories once more. Without paying much attention to it, Storm stroked his wrists; the scars were easily hidden underneath bracelets and a long shirt, but for his soul they would never fully disappear in the shadows. He knew that those scars would remind him of that night for as long as he lived, and for just as long he would continue cursing the gods for not granting him his biggest desire.

Storm shook his head when he noticed how his thoughts started to take on a life of their own; he inhaled deeply, and once more tried everything in his power to recall the right memories in front of his inner eye. With every single breath, his mind seemed to break loose of the shackles that kept it bound to reality, and slowly, Storm began to see her right in front of him. He raised his hands, grasping nothing but air while a smile played on his lips as he plunged deeper and deeper into his own memories. A single word, nothing but a name, passed his lips before all of reality surrounding him was gone.