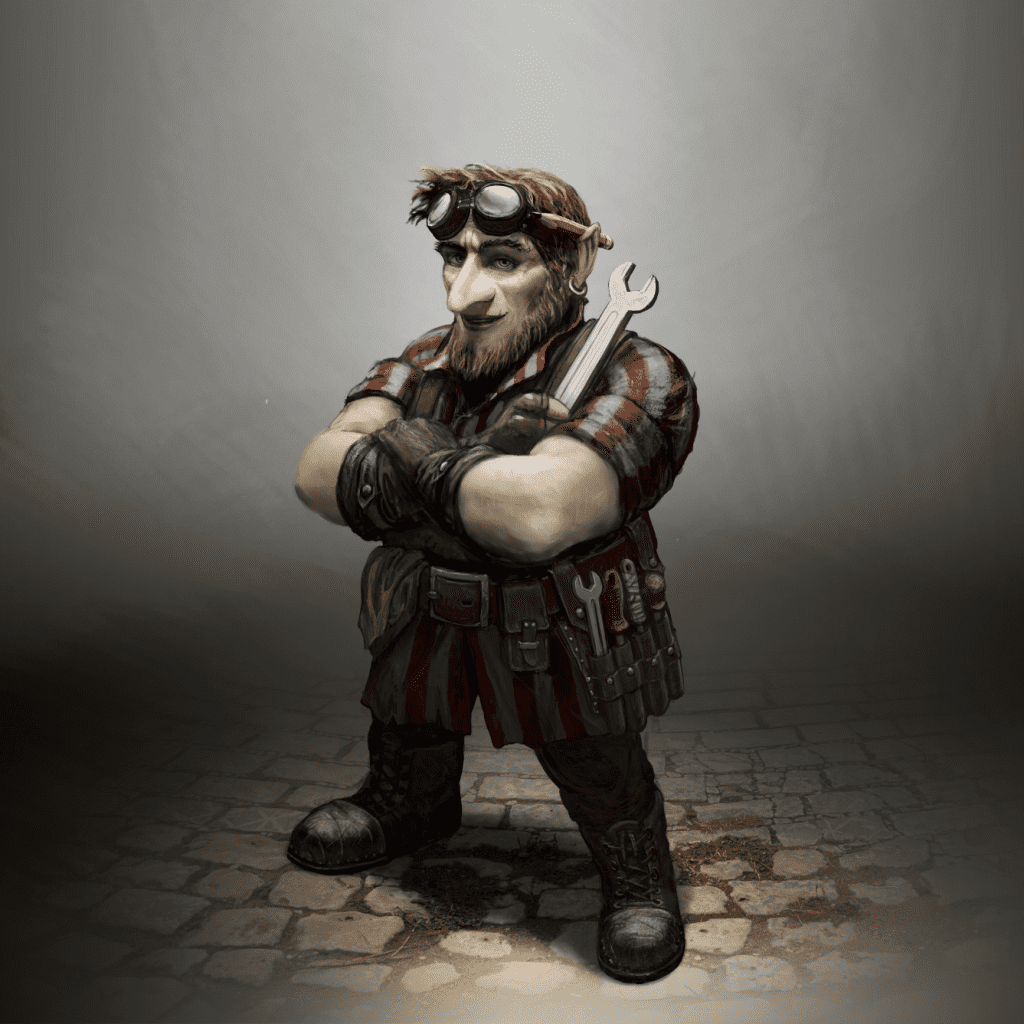 Curious as they are, Gniwers are the second most widespread race in the universe, only surpassed by the Humans, who — to be fair — also have a much larger population. Of those who haven’t left their origin world, Manadia, the majority lives in Nimora: a vast city built underground, providing a more moderate climate compared to the heat on the burning surface. Despite the secluded location of Nimora, Gniwers are self-sufficient, having adapted fully to life underground.

When the Humans came to Manadia many centuries ago, a war broke loose. Threatened by the new visitors, the Gniwers met them with aggression and continued to raid the human settlements close to the main entrance of Nimora. For years, the war continued until Jori the Tall — apparently, the tallest Gniwer ever to exist — negotiated peace with the Humans. In return for their agreement to relocate to the large oasis in the midst of the desert, the Gniwers promised to seize their attacks and offered to support the Humans in erecting a new settlement which led to the foundation of Ankrabad, one of the most beautiful cities of the universe today.

Known as a very proud race, Gniwers don’t take it lightly when someone speaks down to them. While this already causes trouble between their own quite often, it can especially escalate if the one they feel offended by belongs to the Rhultak. Being the smallest race, Gniwers easily lose their temper when they feel made fun of, and it certainly does happen that some more confrontational Rhultak like to accuse a Gniwer of trying to compensate for their literal shortcomings. Rhultak aren’t much taller than Gniwers, though, when pointed out in the midst of such an altercation by a member of the other races, can cause its own problems; it isn’t unheard of a Gniwer and Rhultak suddenly joining forces to beat up the know-it-all who dared to intervene.

The gniwerian culture on Manadia is separated into a small elite, the Scholars, and the much bigger underclass of Tinkerers. Almost every Tinkerer dreams of a life as a Scholar, since reaching this rank means to get paid by the underclass to follow whatever creative dreams one has in mind. The maximum number of Scholars, which hasn’t been changed for centuries anymore, remains capped, and so only a few positions open up every year, based upon how many Scholars embarked on their journey to the gods. During the Adaran, a month-long competition that every Tinkerer is allowed to participate in, the winners of these spots are determined. From all over the universe, Gniwers journey back to Nimora to present their inventions, hoping to secure this life-changing opportunity.

Gniwers are especially known for their ingenuity, sneakiness, distinct hearing, night vision and long life spans — some of them reaching 150 years of age. Hidden in the shadows, a secret society of Gniwers exists that capitalizes on exactly these advantages. While not many know of their existence, some of the most organized and deadliest assassins of the universe belong to their group. Only few know their name and even less know how to contact them, but whenever someone does, there is no doubt that at least one person is going to die; the only question is, whether that is the victim, the assassin or the one who dared to reach out and try to secure a deal…