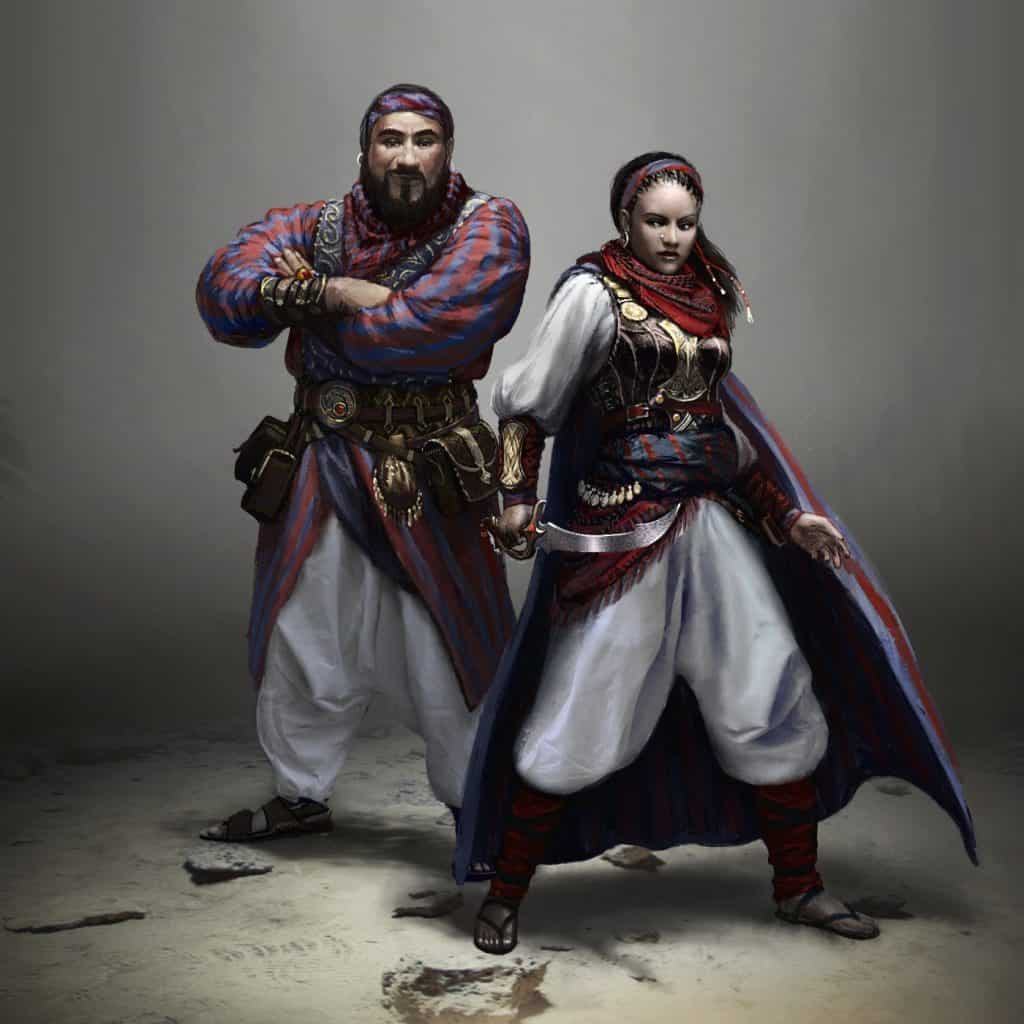 No race has a larger population and is more widespread throughout the universe than the Humans. While many still live on their origin world, Durania, several large cities have been erected on other worlds over the course of centuries. Mostly organized independently without any ties to Durania, their forms of government range from kingdoms and democracies to dictatorships and even nomadic tribes.

Humans didn’t leave Durania immediately, though; they explored their origin world for a long time until a magical storm ravaged a large portion of farmland, causing a famine unparalleled to this day. Dying by the masses, many Humans saw no other way out of their misery than begging the Dhari for help to leave Durania through the Ether Portals. At first, only few fled in hope of finding a better life on another world, but it didn’t take long until millions followed and caused what today is known as the Exodus of Durania.

Three worlds, in particular, have become important beacons for the Humans; these are Atarga as well as Limera and Manadia — the origin worlds of the Naru and Gniwers. Atarga was probably one of the most dangerous worlds to establish a settlement on; rich in resources and as a result highly desirable for the exhausted and desperate human refugees, the world was plagued by native and horrifying creatures called Ashaks. Incredibly intelligent and absolutely deadly, the Ashaks put up quite a fight but were decimated by the overwhelming numbers of Humans. While many Ashaks somehow managed to flee through the Ether Portals, some still roam the darkest and most secluded parts of Atarga. Posing a never-ending threat to the population that today even includes members from other races.

Humans are especially known for their willpower, adaptability, passion, diversity in appearance, and the fact that they are the only known race where some individuals developed magical abilities in the wake of the Long Night. Being the only race with newfound powers, they also make up the large majority of the Order of Power: an order that is split into four schools — Darkness, Light, Matter and Mind. This is accompanied by The Spire: a form of training and command center harboring the High Council. The Spire is the only part of the Order where other races are allowed to join. And in the absence of the Dhari, the Order of Power has, without a doubt, become one of the most important defenses in the fight for the survival of all races…