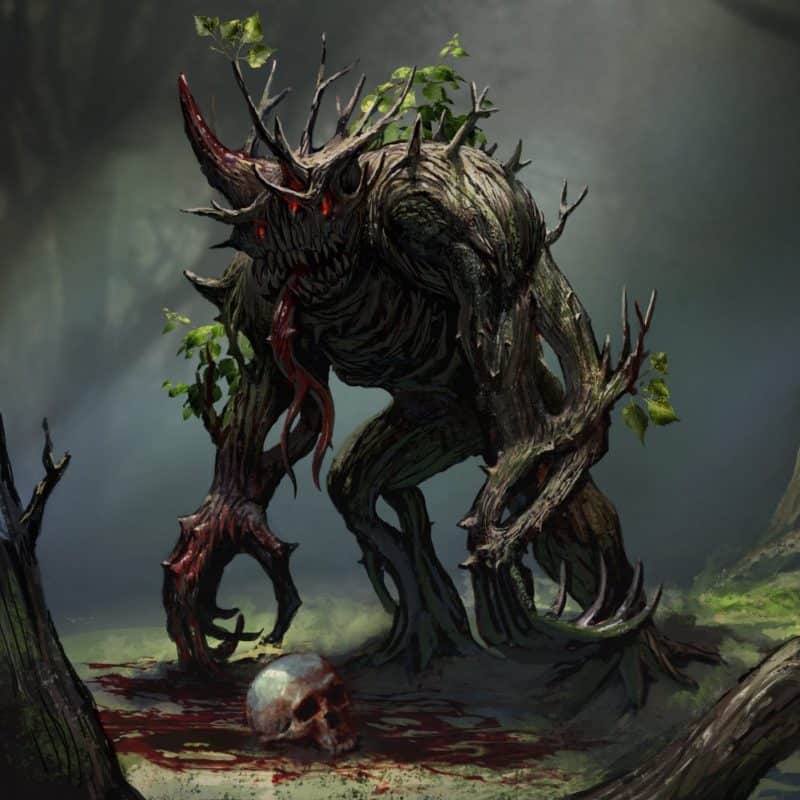 Rarely encountered outside of forest-like territories, these creatures can still be found on a variety of worlds, apparently quite easily adapting to the specific type of forest they inhabit. Forest Ghouls do look quite dangerous when spotted, and they certainly are, but if noticed in time, they can be avoided without too much effort due to their slow-paced movements.

Unfortunately though, Forest Ghouls blend perfectly into their surroundings, which makes spotting them before an attack almost impossible at times, and if they do get close, then all bets are off. Their skin appears to be made of bark, providing a form of armor, and not only are they extremely strong, but their jaws are easily capable of ripping almost anything apart without much problems.

Tough as they might look, these creatures can still be killed, and surprisingly for many, they do even bleed. One of the most efficient ways to kill a Forest Ghoul is to set it on fire; while it might be hard to do so, when they actually do burn, they rarely find a way to save themselves, primitive as they are. The only other option is to hack and slice away, trying to find a way through the bark; unless one is a skilled fighter and manages to decapitate them since the area around their neck appears to be the only soft spot.

Forest Ghouls are incredibly patient when on the hunt, sometimes lurking for hours without the slightest movement, just standing there, watching, waiting… and even worse for their possible prey, they require almost no sleep whatsoever. Hunger is what drives these creatures; a hunger that they never are able to satisfy which leaves them wandering around cursed day in and day out, desperately trying to find their next kill.

Originally from a world called Aeteria, Forest Ghouls managed to spread out through the universe when the Dhari opened portals on Aeteria for the first time while still in the process of hunting the corrupted essences that managed to flee the Well of Power an eternity ago. Nowadays, Forest Ghouls managed to establish roots on many worlds and they continue to be a death sentence for anyone who carelessly lets themselves get attacked out of nowhere…