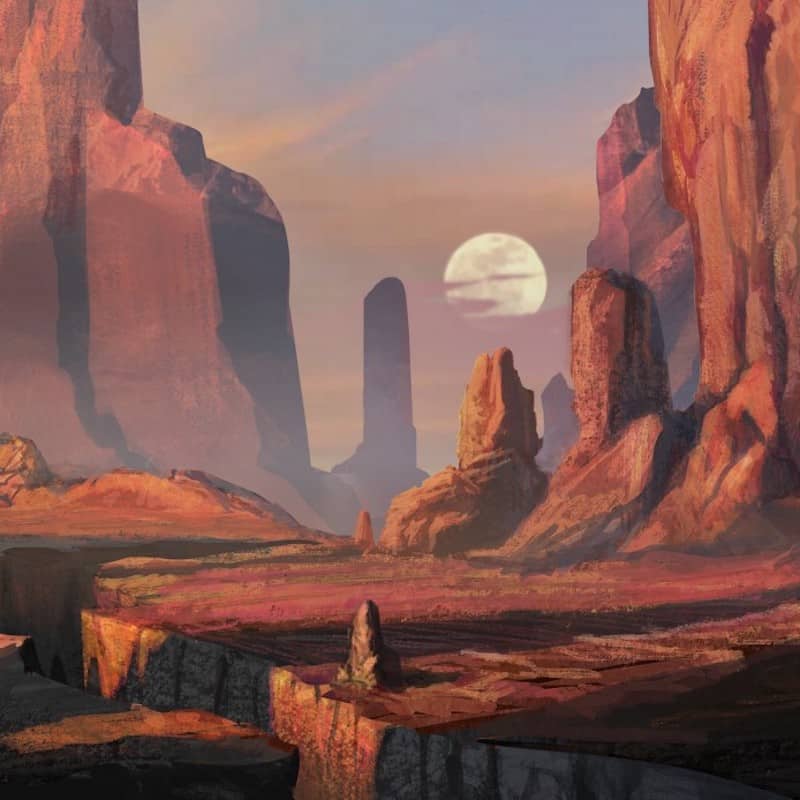 Easily the hottest and barren world known, Manadia is far from unlively. Aside from harboring many unique creatures – including the native Morkas, a species adored by most – it also is the origin world of Gniwers, and as such, full of life underground, hidden in the vast city of Nimora.

That doesn’t mean the surface isn’t inhabited though; important settlements have been founded here, including the School of Darkness and the marvelous Ankrabad – one of the largest and most beautiful cities of the universe. Travellers from all over come to see this architectural gem flourish in the midst of its barren surroundings.

When asked to describe Manadia, a lot of people include desert, camels, heat and Gniwers in their listings, but what many forget, and almost take for granted, are the different oases spread throughout the world. Both the School of Darkness, and Ankrabad itself, were built around their own oasis, and without these life-nurturing gifts of the gods, the surface of Manadia certainly wouldn’t be as lively as it is nowadays.

On Manadia, a variety of wondrous phenomena can be observed; one of the most obvious ones are the so-called Twin Suns. Most other worlds – while unique in their own way – only have one sun illuminating the everything from above, but on Manadia two of them – identical in size and shape – can be observed in the skies when the moon isn’t demanding its time to shine. Theses about a correlation between the two suns and Manadia’s climate don’t seem too far-fetched, even for the less educated.

By far the most mysterious phenomena though is the Nebula, a fog, emitting some kind of sparks at its edges, and covering hundreds of yards near the School of Darkness. It’s origin and purpose are to this day completely unknown but it somehow seems to be tied to the Long Night since there have been no references to its existence from earlier times…