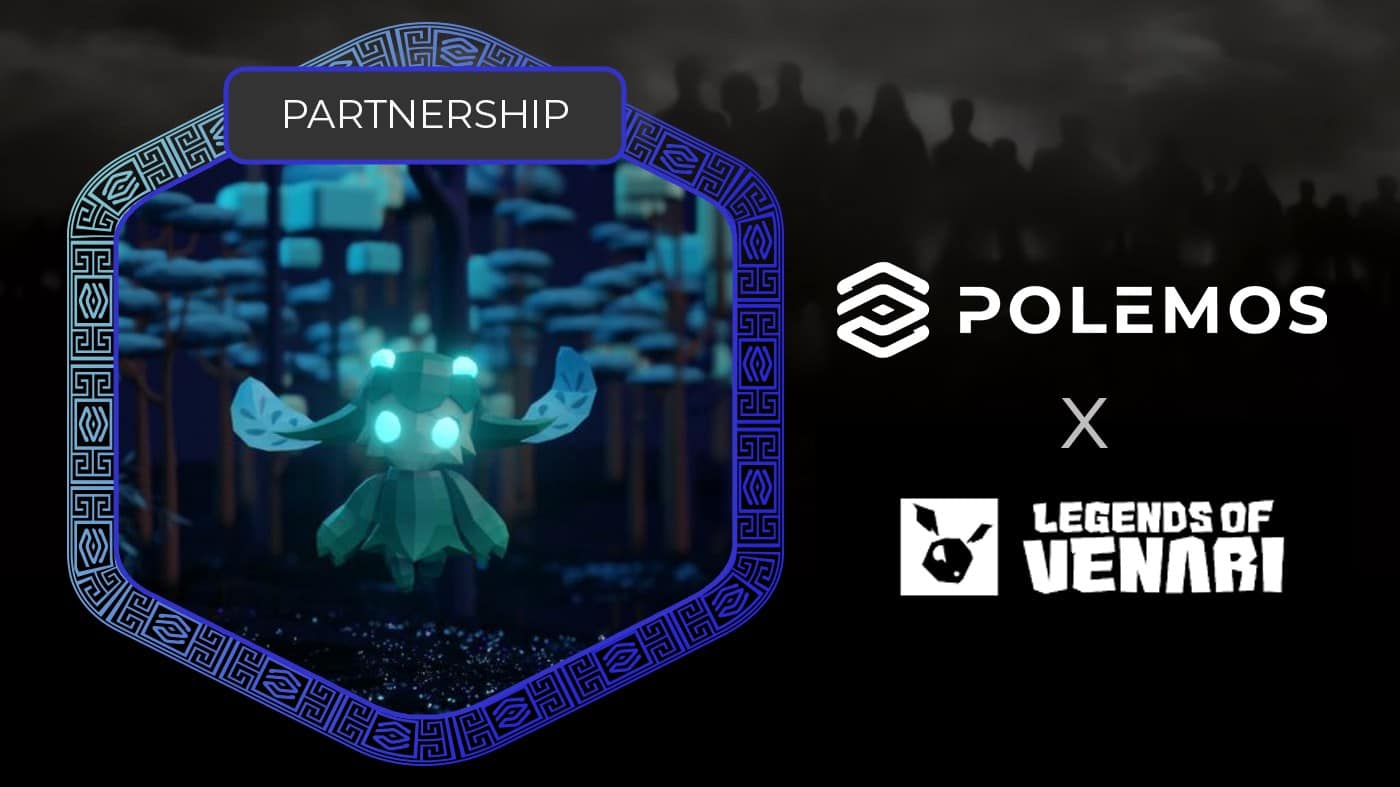 Since the beginning of Polemos, Legends of Venari has been by our side to provide scholarships to those new to the GameFi space. Though this partnership announcement is long overdue, they have been present in our community and ecosystem for quite some time. We owe it to all of you to solidify this partnership with everything they have in store!

With that being said, we present you with a proper partnership announcement to bring attention to the Beta Season of this ever-evolving game!

Enter the world of Caerras, the dazzling futuristic home of Venari. Catch, train, and soon trade Venari in this creature collector RPG.

Alpha season players were the first to set eyes upon Venari in the wild. Players unearthed lands from Tecta to Ayena and made good use of the Rigs they discovered along the way.

The collection extravaganza is nearly endless. During the Alpha Season, we had a lot of time-limited events: double XP weekends, the Winter Event, the Lunar Event, and the last event of the season, the Pix Event, where players were guaranteed a legendary Golden Faction Exclusive Venari upon completion.

A Team of GameFi Greats

Leading the Legends of Venari team is Lenopix, one of the veterans of the GameFi space. Lenopix has an impressive resume of accomplishments in web3, including the creation of a DeFi messaging protocol and working with the Mozilla Incubator. The entirety of the Legends of Venari team brings a diverse background to this project that gives us the utmost confidence in their continued success.

Alpha Season officially reached its conclusion a couple of weeks ago. With it, account gold, energy, and world levels have reset. Account levels from the Alpha Season and the Venaris caught will still carry over, along with the Essences collected. Instead of having a set deadline, Beta Season will continue until the game launches.

The Beta Season comes with an influx of new Venari; there will be over 300 new and returning Venari variants in both old regions and the new Pele’ino region. New elements are being added to the base—Water, Air, Fire, Earth, Ice, and Nature elements from Season Alpha. Five new elements are coming, with Magma and Lightning already available in the game.

Launching in stages, the market will offer buying/selling, loaning, and the transfers of Venari. Each stage will be group tested and once glowing reviews are unanimous, the stage will be released live.

To be considered, creators must be at least 18 years of age, have a MetaMask wallet, and be an active member of the Legends of Venari Discord community.

We know the sheer excitement of a Polemos partnership is enough to bring a smile to your faces — BUT we also know that a giveaway makes that smile even wider.

Join the Polemos Discord to enter the Legends of Venari Giveaway!

Between August 15th to August 21st, 2022, submit your Ethereum Wallet address to the Polemos Giveaway Bot through a direct message to the bot. One lucky winner with the title of Hoplite or above will win 1 Vestal Base Pass. You certainly won’t want to miss this giveaway opportunity!