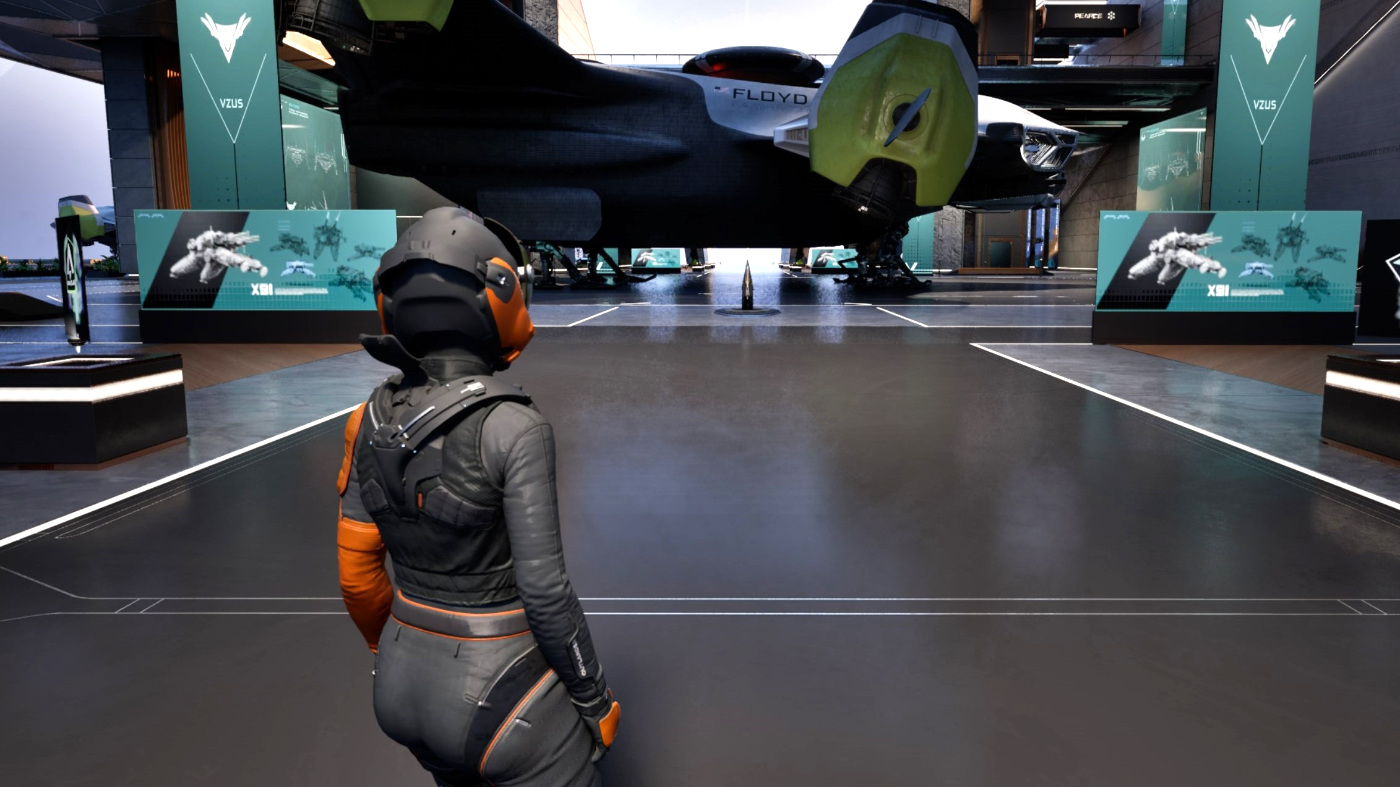 Star Atlas, the much-hyped and keenly anticipated space-faring blockchain game, has opened its doors to community members in a pre-alpha demo release.

Our game experts, Mogglin and Caveman, have dived in for a first look at what game studio Automata has created so far. Watch the three-minute video below to get a feel for the game’s visuals, then keep reading.

What is Star Atlas?

Star Atlas is a massively multiplayer online (MMO) space game set in the year 2620. Players explore a colonized and divided universe, earning in-game currency and purchasing items like ships and space stations. The game sits on the Solana blockchain, and accordingly players actually own the items they earn, gather, craft or purchase in the game.

There are two crypto tokens in the game: $ATLAS, an in-game currency that can be earned through activities such as mining and selling ore, and $POLIS, which allows players to participate in the political aspects of the game and make governance decisions through corporations, guilds, and regional DAOs.

The game rests on various pillars, including mining, exploration, combat, station construction, professions, economics, guilds, politics, and player-generated content. The game’s creators are also implementing features like insurance, lending, and staking to establish the game as a real economy.

The Automata team, which now numbers over 200, is using Unreal Engine 5 to develop the main game. 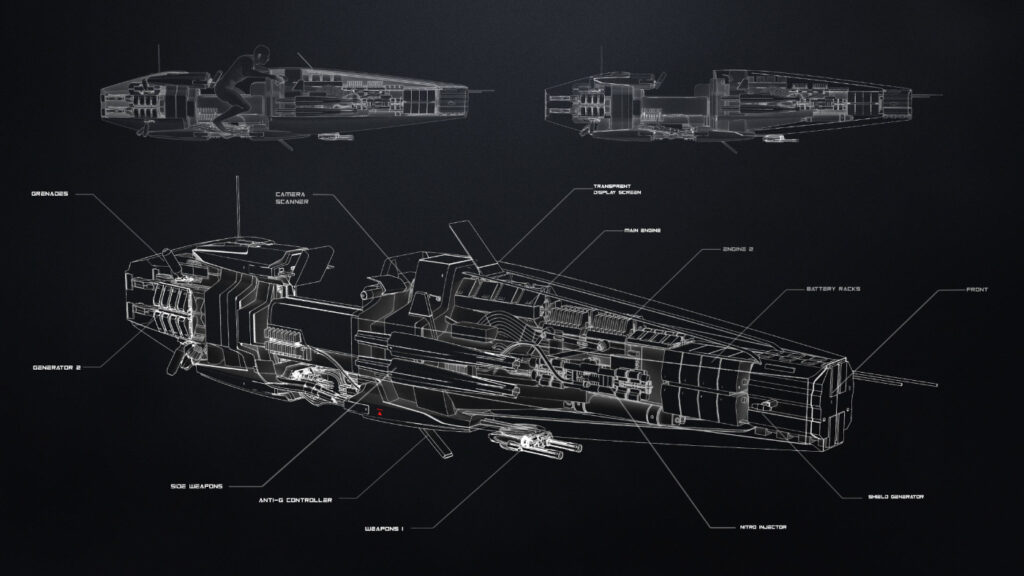 There are three areas available in the pre-alpha release: Dogfight, Race and Showroom.

In Dogfight and Race you get to pilot the Pearce X4, a very small but space-worthy single-passenger “space bike”. In the full game, this ship will not require a pilot’s licence. 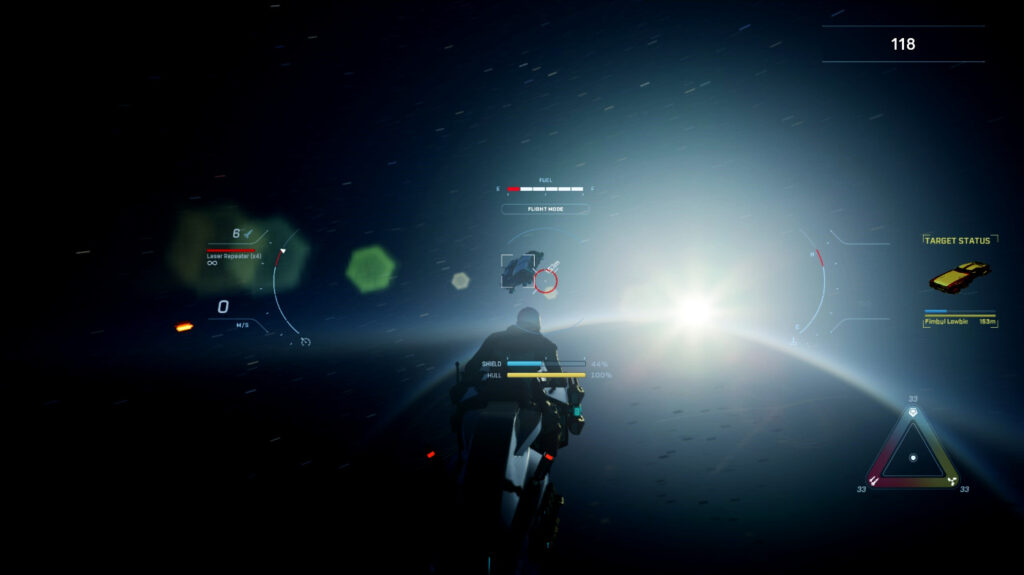 Taking flight from a small asteroid, after a few seconds an enemy appears and immediately attacks. Using your lasers and missiles, you’ll drain their shields and break their hull, causing more enemies to come.

There are five waves, each with a single ship. After every wave the enemy ship becomes more powerful.

The scoring seems to work off damage dealt, with a bonus of 1000 for each ship destroyed.

Tip: You gain points from damaging your opponent’s shields. Because these shields gradually recharge, you can rack up extra points for your final score by letting your opponent recover before taking them down again. 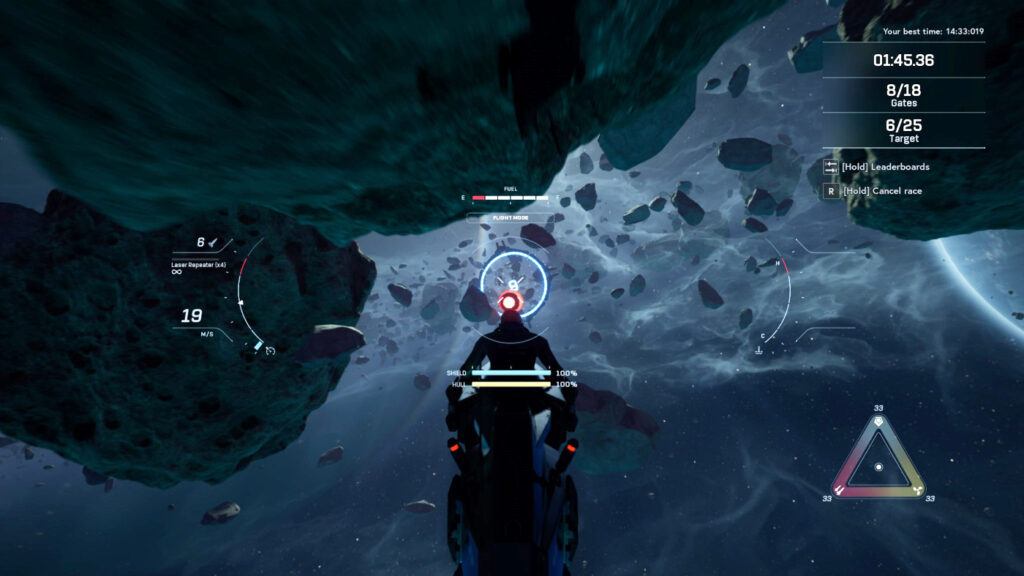 Just like dogfights, the race begins with you on the Pearce X4 on a small asteroid launchpad. There are two main elements, Gates and Targets.

Gates are blue rings set out in an asteroid field. In this build they are numbered 0 to 18, and you need to pass through them, with a miss costing you a 5-second penalty.

Targets are moving red balls that only appear between the last and next checkpoint. Shooting one will deduct 2 seconds from your total time.

It is possible to get a negative time by hitting all targets and posting a good run. 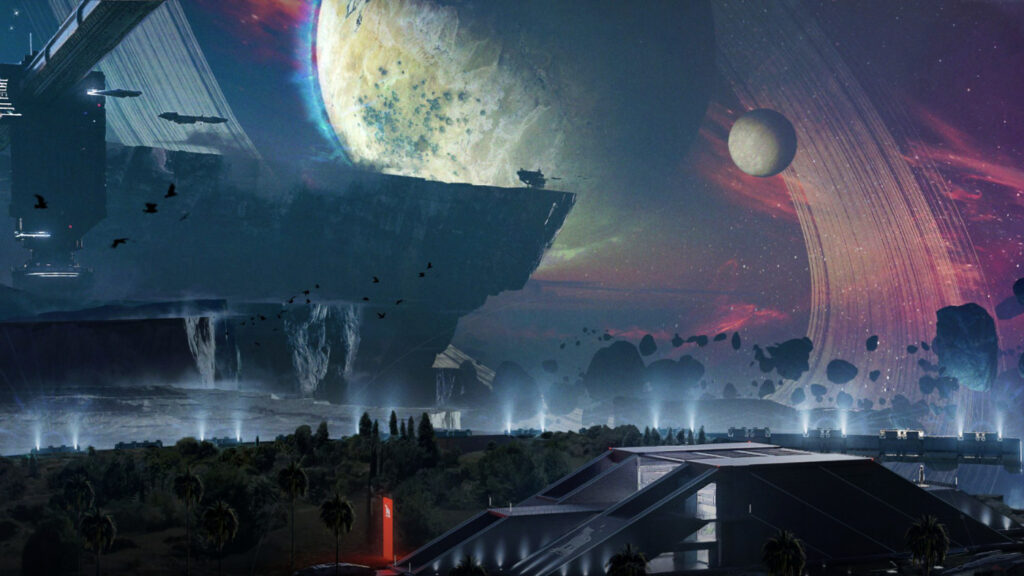 This is a large spaceport, containing a kind of showroom where you can see models of various ships. There is a single ship to test-drive, the Floyd Line Aerospace One, but you can also summon your NFT ships (you need at least one to gain access to the pre-alpha demo in the first place). You fly around a half-crater on the edge of an asteroid.

It surprised me to learn there was a playable version of the game, even an early access alpha seemed like it would be a long time away considering the magnitude of the game they are creating.

Getting into the game (past the UE5 screen): the login, loading and menu screens are clean, with a very similar aesthetic to the game Destiny.

I jumped straight into the showroom to see what was available.

One thing that sets games apart for me is the level of detail put into the assets and map. With Star Atlas, I’m impressed with the detail and quality they achieved so far.

Summoning a ship in the shipyard, I took to the sky in the small test area. I liked the flight controls and feedback of the ship’s capabilities. Being able to use the three dimensional space, with barrel rolls and flying upside down, the flight mechanics are not disappointing.

I am not impressed with the movement of the character outside of the ship: the speed and agility and the animations need work to either make them either realistic or more entertaining to use. Currently the running is slow and clunky but you can take very large jumps. I’m hoping that’s something that will be addressed before release.

I’m always thinking about what the game is missing when I look at pre-releases, rather than what they have already got. This game has the potential to be Eve Online crossed with Star Citizen. I can’t wait to get out into space!

Played the demo and can say I find it a lot of fun. The combat is quite intense and should have a nice skill cap. The missile lock system is engaging and feels intuitive, but a little explanation of the need to press “T” to start the tracking would be useful. At the moment you can track an enemy ship if it is behind a large object and very far away, which leads to some weirdness. I found it annoying that enemies could immediately land shots on me right after coming from behind an asteroid. It was also felt a little unfair that I could do the same: prep my missiles and then launch right as enemy ships came out from cover. Obviously this is still a very early gameplay test and it’s nice to at least get a feel for the fighting.

The racing is high speed and has a nice twist with shooting the targets to reduce your time. Reflexes need to be highly tuned and small adjustments make a huge difference. I feel the thrust boost is underperforming and not useful. I also feel there may be a slight bug with the acceleration where over time the base thrust is decreasing (this may be a hidden mechanic like battery charge or fuel). I am excited to race with friends. It might be nice to have a charge shot to stun opponents and add a layer to the race.

Overall this demo makes me excited to see the finished product, which I nevertheless fear is still many years away. I have followed projects like Star Citizen, Dual Universe and other space MMOs and their development can be a very long process.