Getting by in Overworld: Polemos experts dive into Illuvium’s big release 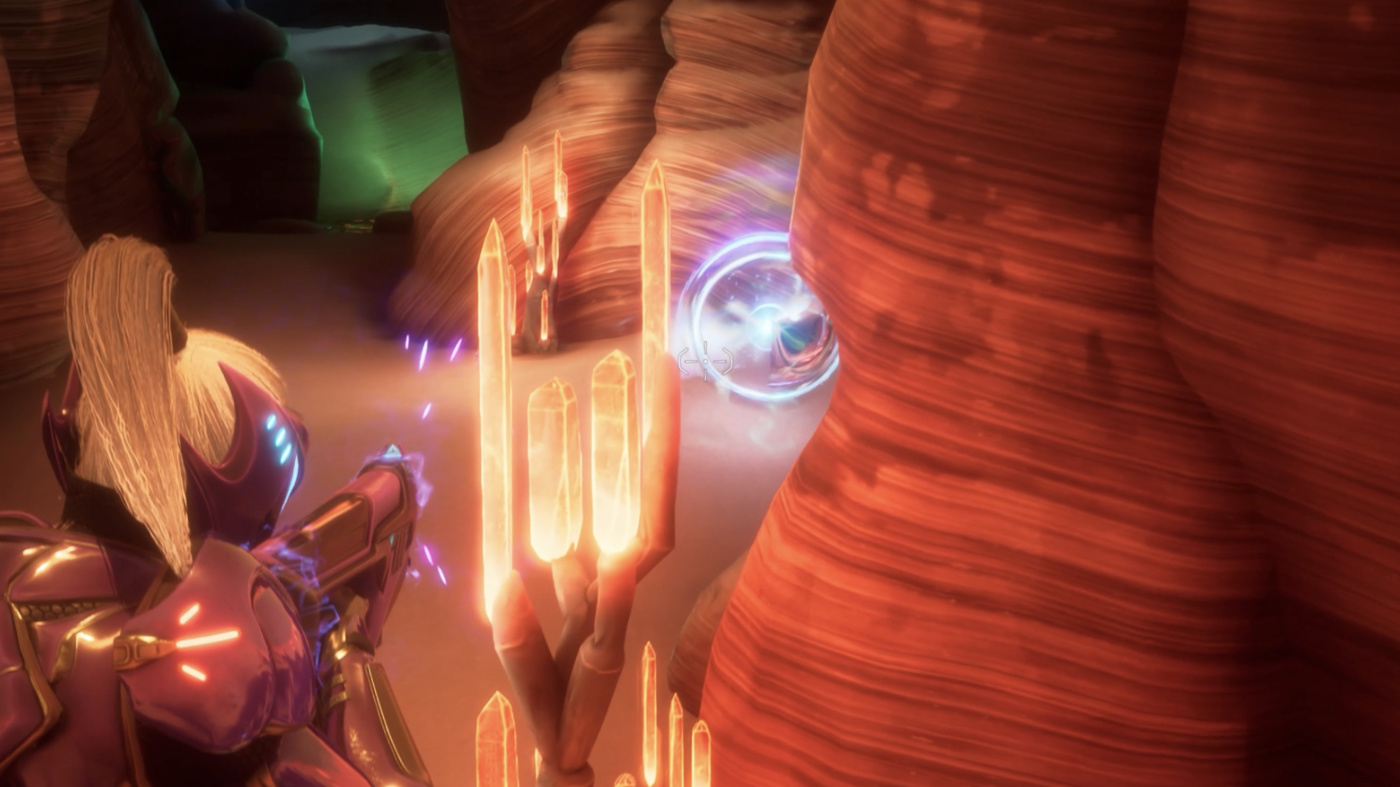 Cavan ‘Caveman’ Roe and Dan ‘Mogglin’ Allday spent the past week sampling the much-anticipated beta release of Illuvium: Overworld, a game where players who have crash-landed on a planet must collect resources, hunt Illuvials, and avoid hazards as they move about the planet and attempt to climb the leaderboard.

See our Polemos Forge University Basics courses on Illuvium: Arena and Illuvium: Zero for an introduction to two other games in the Illuvium universe.

Does Illuvium Overworld live up to the hype?

Mogglin: As a beta foundation from a new Web3 gaming company, Overworld definitely lives up to the hype. From the look of what’s out, they have the building blocks to grow an amazing game over time.

It’s a very beautiful game. I’ve played games in their early-access days, through numerous updates before the game was declared fully released. Often, the changes between beta and full release included vast upgrades to the graphics – one such upgrade pushed my system’s specs below the minimum requirements. This shouldn’t ever need to happen with Overworld because the graphics are so clean and modern. They will last for a very long time.

Looking even closer, every asset in the game has been carefully created, rather than batch or variant-produced, or by using re-skinned stock assets, as many new game companies often do.

Though some areas in the beta seem empty, this could be exactly what to be expected in a region with a name as desolate as Crimson Waste.

The movement system in this game is the next best thing about the release. It’s very well thought out, so it’s enjoyable to use and manages to avoid the more frustrating parts of the movement in other games where, for example, the running motion might seem slow and any realistic jump moves are pointless, as they take you nowhere.

The movements in this game seem to do the opposite with faster speeds compared to other games, including a tilt, zoom, and motion blur to emphasise how fast you are going.

The added jumps and jetpack not only make it fun, they really literally add new levels to the game, as there is so much more opportunity for vertical movement; you can explore the Crimson Waste’s deep underground caves and all its hidden ledges.

The energy system for movement is also very balanced. It stops you from going crazy, jumping and flying as high or far as you want, but doesn’t slow you to a halt between charges. 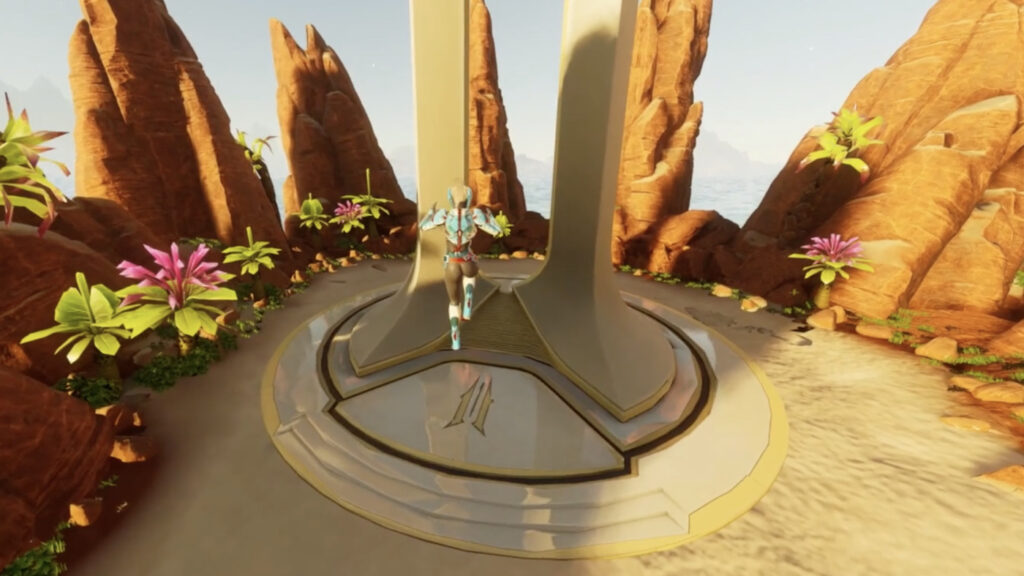 Caveman: If you are a passionate collector – someone who tries to 100% complete your Pokedex – Overworld is for you. It feels like an adult, modern revitalization of collector games.

The crafting and progression systems can keep you immersed for hours. However, it is still a beta and there are many features that need to be implemented and updated.

The game can feel a little empty at times, but if you join players in the Polemos or the Illuvium Discord it can feel like you are collecting Pokemon with your friends back on the Gameboy.

Take a tour of the Crimson Waste

The Crimson Waste is the only region available right now in the private beta. Have a look at Caveman’s video below for a quick tour of the main locations in the region.

How to get the most out of your fuel

Caveman: There are three main expenses in Overworld – travelling, refining materials (shards), and creating the equipment – and there are different fuels for each purpose.

Travelling to the seven different regions in Overworld can cost crypton, and once open beta is released, is a fuel source that will need to be either bought in the marketplace or harvested in the land game Illuvium Zero, the alpha release of which is rumored to be released soon.

Each of the seven regions has four stages to choose from. You can jump into a stage zero zone for free and get to experience the game without spending any fuel.

Or you can go into Stage 1-3 and pay crypton costs of 375, 1099, and 3500, respectively. These prices are unlikely to stay the same when the game is released and may also change multiple times until that point as the beta is being used to balance the game. Crypton is a fuel and will be the in-game travel cost you need to pay in Ethereum or in-game token SILV2.

In the beta, you will get 5000 crypton every 24 hours. To make the most efficient use of your fuel, there are a few things to take into consideration: the time you have to grind, loot/crypton and the rarity of loot.

If you only have three hours a day, the best way to play is to tackle stage 1, then stage 2, and finally stage 3. This will best utilise your fuel and will provide you with the highest quality loot per crypton. If you have more time, you will not want to go straight to stage 3 and instead try to cram as many stage 1 or 2 travels in as possible.

The most valuable loot is accessible in the stage 1 zones, but you have more chance of finding this loot in the higher stages.

In player tests, spending your crypton on one stage 3 run usually generates the same amount of high-tier loot as the equivalent crypton cost of stage 1 and 2 runs. However, spending the extra time in the lower stage zones will generate bonus low-tier loot.

If you are only targeting Tier-5 Illuvials and loot, it’s still better just to scavenge in stage 3 zones.

Make friends with the teleport beacon 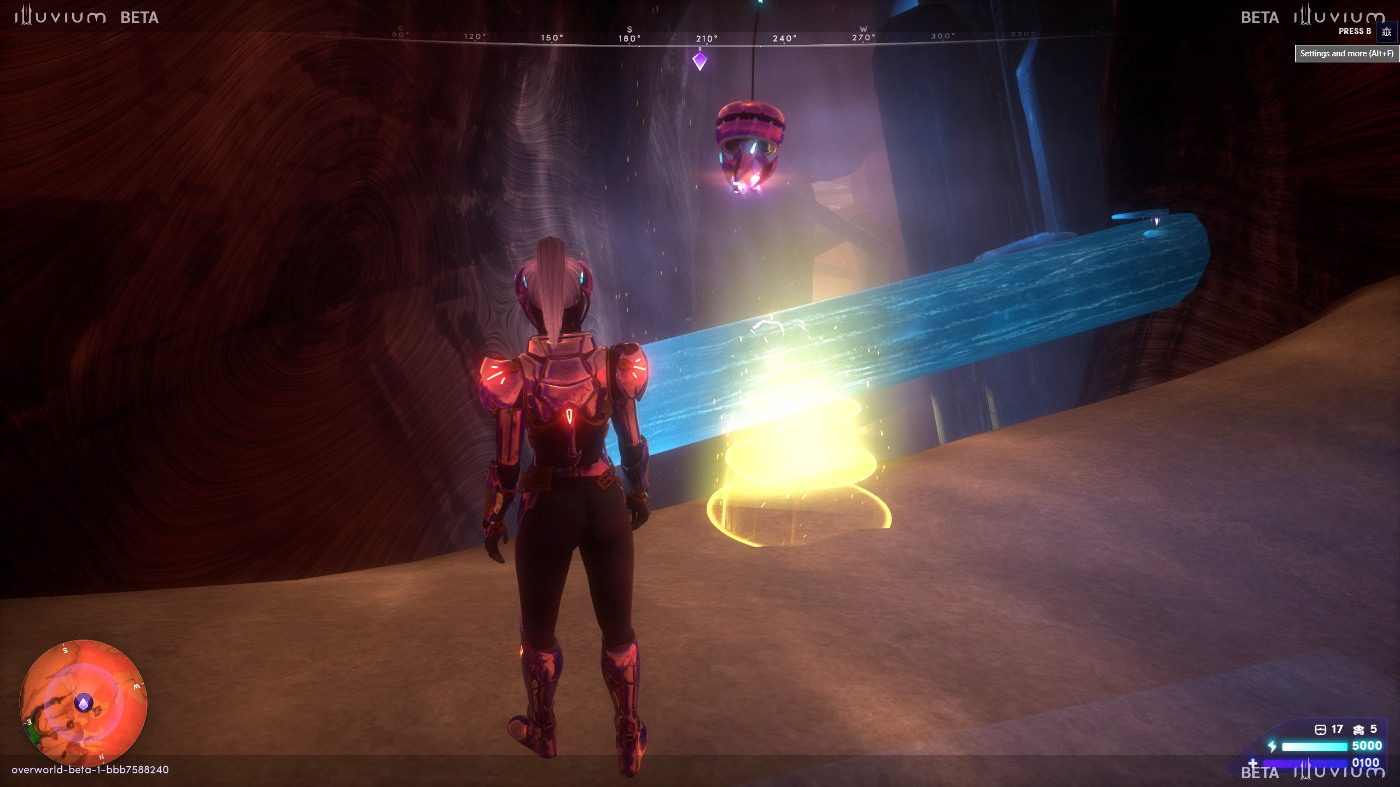 Mogglin: Teleport beacons can save you huge amounts of time.

When entering the various Overworld zones, you start at the obelisk and will need to explore outwards to find resources and Illuvials.

If you use beacons at strategic points, for example, at a crossroads as you make your way to the outer areas (instead of running through the open spaces of the Crimson Waste region, with its frequent sandstorms), you can teleport back to trails where your chance of finding resources and Illuvials is the greatest.

By placing beacons before you enter areas that are difficult to traverse, when you hit trouble – such as falling into a pool of acid – instead of being lobbed right back to the start of the game, you will appear back at your beacon.

Caveman: Or you can place a beacon after scanning a node or Illuvial encounter that doesn’t quite seem worth your power. You can run around the map looking for better options; however, if you can’t find anything better, you can teleport back to the beacon to quickly finish your run.

3 crafting steps you need to master at the start 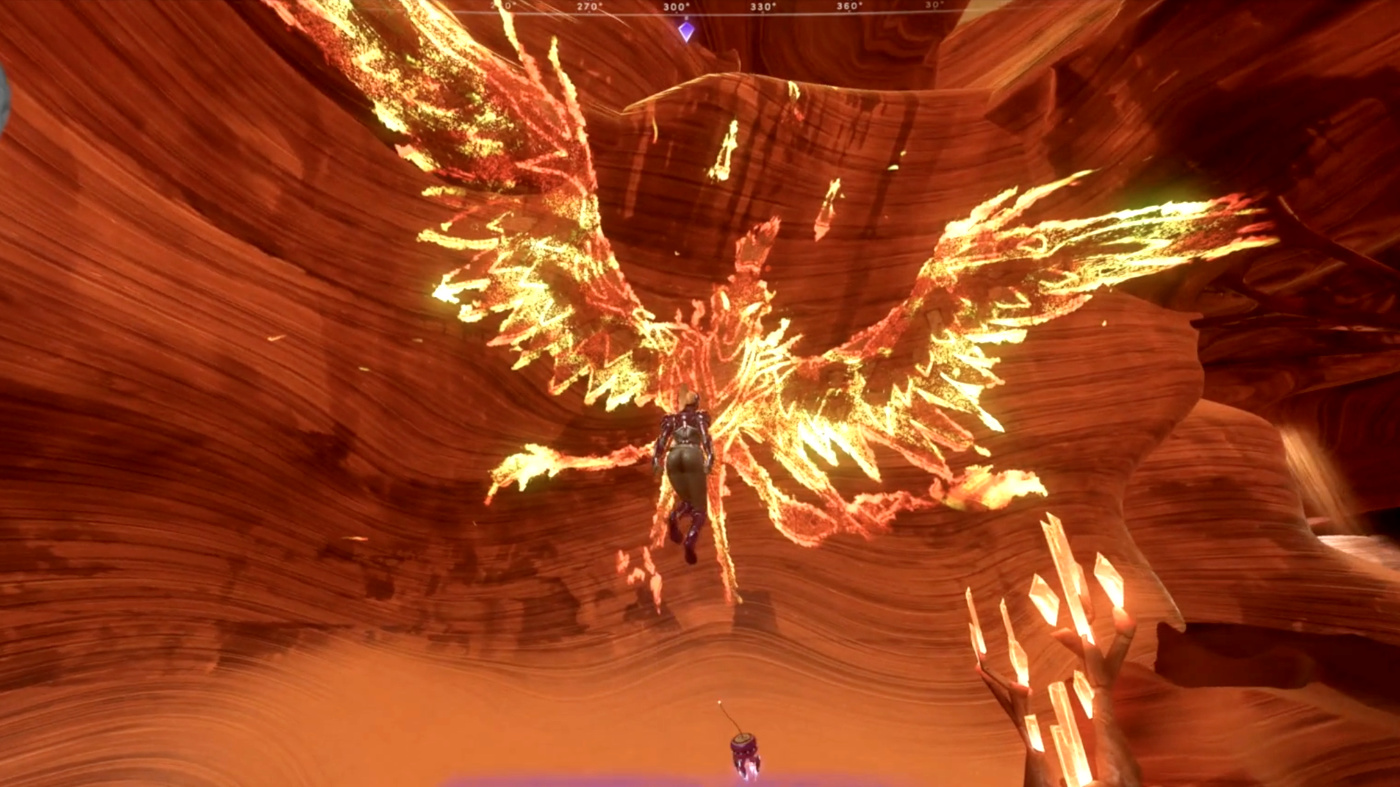 Upgrade your boots to get views like this for less

Caveman: Gear and crafting is a huge part of Overworld, and mastering these skills can turn your experience from a grind-fest into an enjoyable, high-speed adventure.

The first thing I would suggest you do is upgrade your mag boots and jet packs. This will make traversing all the many regions of Overworld a walk in the park. You can get all the resources you need to do this in the stage zero region. You will have to build a basic pair of mag boots and jet pack, then break them down for their components. Then, using the stage zero materials and components, you will get the new upgrades, and man, do they feel good.

Next, you’ll want to start upgrading your drone to increase its ability to mine ore and capture Illuvials. This will save you time and will make collecting every illuvial much quicker (and stress-free).

You will also want to forge some low-tier weapons for your Ranger. This will make her much more useful in those Illuvial encounters.

Once you have made these upgrades, it’s time to start capturing Illuvials.

Stand by for more lore

Mogglin: As a fan of the hidden lore in any game, I’ve been drawn to uncovering Illuvium’s tale. Although there’s not much out there about the story of Illuvium, I recently watched a developer walkthrough of Overworld, and I couldn’t help but notice a few hints and clues that suggest there is more to the lore of the game than meets the eye.

One interesting tidbit I picked up was the role of the player’s companion drone. According to the developers, this drone not only monitors the player’s suit, but also has the ability to teleport the player to safety in the event of danger. Additionally, the drone seems to be the one doing the heavy lifting during encounters with Illuvials in Overworld, holding open the singularity and deploying the Illuvials to fight alongside the player.

This got me thinking about the relationship between the player and the drone. Is it possible that the player is actually the drone, or at least a manifestation of the drone? This theory is further supported by the fact that the drone is also responsible for capturing Illuvials. It’s a tantalizing possibility that adds a new layer to the game.

Another interesting piece of information revealed in the walkthrough was that developers have been dropping hints about the lore for some time now, but no one has yet been able to fully understand it. This suggests that there is a greater mystery at the heart of Illuvium, one that players will have to work together to unravel.

Mention was made of a greater mission that all players will be working towards. Although it wasn’t explicitly stated what this mission was, I can’t help but wonder if it has something to do with the player’s ship, which we know has crash-landed on the planet. Could it be that our goal is to fix the ship and find a way off the planet?

Overall, I’m excited to see where the lore of Illuvium takes us. The hints and clues we’ve been given so far point towards a story that seems interlocked with the processes needed for a game connected to the blockchain, which I think will unfold over the course of the game.

Gameplay loop of the best locations to loot

Caveman: The best areas for minerals are Soka’s Garden and Anguish Graveyard. You can also find a good amount in Magno Pass. There are quite a few illuvial encounters in the Howling Rift, too.

How to climb the leaderboard

Caveman: Right now, the leaderboard is based on the rarity of the items you collect. To reach the highest point on the board, you need to mine rare gems from a stage 3 zone. Upgrading your drone’s mining capabilities will help you extract the most resources.

It is important to move quickly through the zones, as time also has an impact on your score.

This is Polemos experts’ first take on the private beta of Illuvium: Overworld. Stand by for more analysis and news in the coming weeks, and an exclusive interview with Aaron Warwick, Illuvium co-founder and chief game designer.