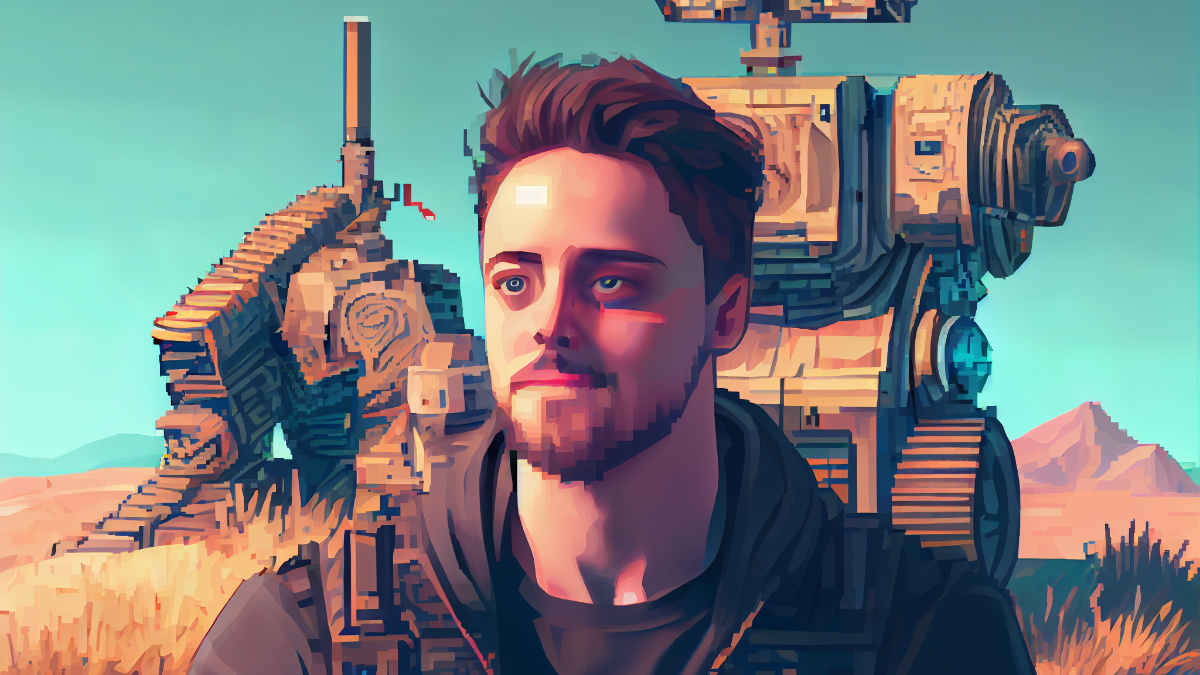 Sam Peurifoy is not only one of the most insightful thinkers on the mainstream adoption of Web3 technologies, he’s actually doing something about it. The former Goldman Sachs analyst and current Hivemind Capital partner is working on a blockchain game designed to breakthrough to mainstream success.

Peurifoy is perhaps the youngest, most accomplished person I’ve interviewed. He’s not yet 30, has a PhD in chemistry, is a partner in a company that has raised over a billion dollars, and is CEO of a game studio to boot. For all that, I find him pleasant to speak with. He’s also convincing. I’m buying Peurifoy’s idea that games will lead the mainstream adoption of blockchain technologies.

“I think that games are going to be the biggest onboarder of new users within Web3, bar none. There will be no other use case as big as games. The reason: around 50 percent of the world population already identifies as playing some sort of game, whether that’s Candy Crush, or Destiny, or Apex, it doesn’t matter.”

The difficult part, Peurifoy acknowledges, will be convincing people to sign up to essentials like wallets in the midst of widespread distrust of crypto. His solution is to focus on the fun and hide the blockchain.

“We know how to make good games. People have been making good games for decades. That is not the problem here. The problem is getting the game … into a place where you can sample the Web3 mechanics, but you’re not going to offend this nascent audience who is understandably very skeptical of everything Web3, given everything that’s gone on in the past couple of years.”

Peurifoy’s studio, Playground Labs, is making a drone racing game where drone components can be minted as NFTs when the player chooses.

“You just have an email password sign up, there’s no wallet mentioned, no Web3. We’re not talking about NFTs. What happens is that when you’re inside the game, you play the game, you earn assets, in-game currency … on your own terms, if you would like to opt into Web3, you can mint your assets over to the chain, and at that point they’re in your wallet.”

He sees this approach as ushering in the second generation of Web3 gaming. The elements of success are “a strong game”, “a solid game fantasy”, “good social fabric” and the option to use the blockchain to extend the game outside the game environment.

Peurifoy’s job at Hivemind Capital sees him overseeing the fund’s investments in gaming and “anything around that ‘metaverse’ buzzword”. On the problems facing the industry in the wake of FTX’s bankruptcy, he sees distrust in blockchain technologies as understandable but not justified.

“From an outsider’s perspective looking in, it’s very easy to see this event [the FTX collapse] and say, ‘Wow, crypto is a huge scam. Thirty-two billion dollars were just vaporized overnight. Everyone over there in crypto is obviously just out for the cash grab’ … [but] it’s really important to step back and consider the facts.”

Peurifoy says FTX was essentially running a traditional model, as opposed to using the blockchain to build or run the business.

“What FTX is doing is more or less the same that the New York Stock Exchange and other big Web2-type exchanges have been doing for hundreds of years. It’s an old business.”

He believes the cure for the problems exposed by FTX is actually to go deeper into crypto, adopting the core principles of de-centralisation more fully.

“When we talk about blockchain as a technology and what it should actually be used for, we talk about things like trustlessness, transparency, self-sovereignty, ownership of your digital assets. These aren’t just lofty ideals that we’re kind of grasping towards, these are very real concepts that exist inside of these real Web3 businesses that are being built today.”

Contrary to those crypto principles, depositing funds with FTX required trust: trust that in FTX’s case turned out to be misplaced.

While advocating for purer crypto business models, Peurifoy recognises that the absolute personal responsibility that comes with true self-sovereignty of digital assets is too big an ask for many.

“It’s on us not to force people to go into the full crypto nerd domain, where you have to hold all your keys and you have to juggle all this stuff. But we do need to make substantial steps towards something that looks more like a middle ground, so that they can still access those really crucial benefits.”

Peurifoy sees this challenge – preserving the true benefits of crypto while reducing the demand on individuals – as one of user experience design (UX).

“It’s a series of UX problems that, in my opinion, will be solved over the next couple of years if only because there’s actually so much impetus to solve it … the reward, remember on the other side, is really recognizing the full extent of the Web3 promise … for the remaining billions of people on the planet.”

See Sam Peurifoy’s Medium articles for a more in-depth view of his thinking.