Apeiron: Take on the boss 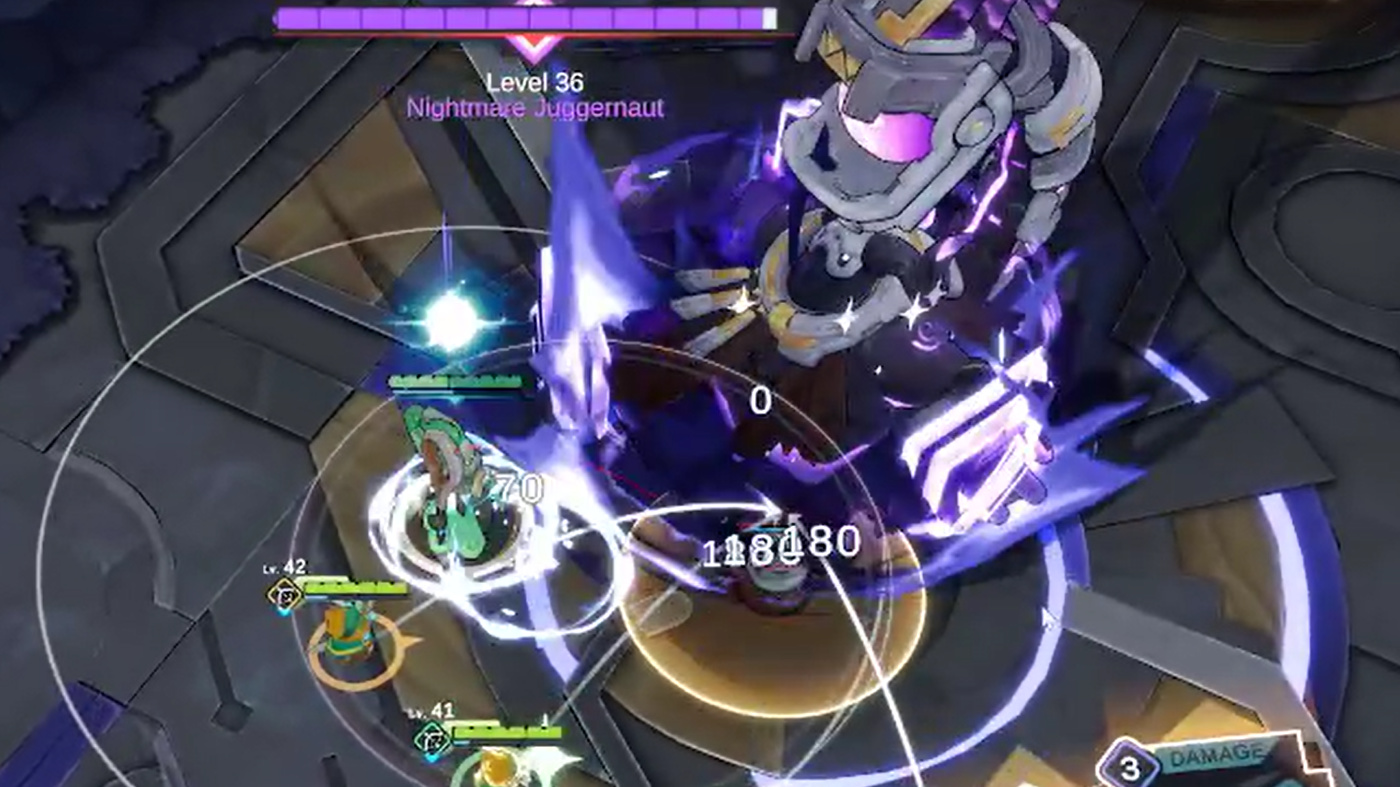 Cavan “Caveman” Roe gets an early look at Apeiron’s first boss in the latest update to the godgame’s alpha build.

I got wrecked the first time I fought the Apeiron boss.

This giant creature, at least 10 times bigger than my avatar and looking like some sort of ape-scorpion cyborg, jumped up mid-battle, then slammed himself down, crushing three of my apostles in one blow.

I didn’t have enough damage to sustain the fight and gradually died.

In Apeiron, from Hong Kong studio Foonie Magus, players are godlings who control a planet and use their divine powers to help it, and the little doods who live there, flourish.

Godlings eventually become powerful enough to manifest as an avatar, a progression that will open up more of the game, including the ability to battle other avatars in PvP and take on bosses, such as the brute that took me out in this demo of the alpha’s latest release.

Unlike regular doods, apostles can fight alongside a godling avatar. I was only at level 19 when I first faced the boss (it was suggested players only fight the boss at level 25 and above) and I had melee apostles, which aren’t actually that helpful in a boss fight. The boss does large-area-effect damage so you want to keep your units spread out over the map, and melee apostles only have a short attack range.

I only lost to the boss that one time. It took me an hour-and-a-half to clear the whole dungeon and become strong enough to beat him. Once it was over, I came face to face with a cliffhanger that left me so pumped for the lore surrounding this game.

There aren’t many Web3 games out there with a challenging PvE mode, but Apeiron is shaping up well. I certainly haven’t played any Web3 games that have as good a PvE as what I am seeing in this alpha so far. The gameplay is really compelling.

From January 18, if you own a planet (which sell for about US$150) you can access the new alpha update and face the boss. If not, you can play for free from January 27.

Avoid red zones. As obvious as this is, it can actually be quite difficult to do. You have to time your dashes perfectly to move out of the way.

Wait for the red zone to stop following you, then press that space bar and run!

Some of those attacks can chunk 25-50% of your health, and the boss gets the ability to one-shot your whole team once he drops below 50%.

Make sure you keep the boss away from your apostles. I fight the boss with four hunters. Their long attack-range keeps them out of reach of most attacks and it all comes down to avoiding damage.

Only go to the shop when you have more than 3000 of Apeiron’s in-game currency Foonie Emblems. This is the maximum all the potions in a shop could cost and will allow you to make best use of the shop room.

I would also advise trying to max out all your potions before you fight the boss. You can hold 10 of each type. You can reach 10 sacrifice and 10 poo potions for the final boss fight, but you will probably only have four of the avatar resurrection vials.

These potions give a decent advantage in a boss fight because you can use them mid-fight to heal your avatar or squad.

A new benefit to having a full squad of apostles was made clear with this update: they all provide a mana generation buff, maxing out at four apostles.

You can acquire an apostle, on occasion, by clearing rooms, and you can also increase your chances of getting one by fighting in the elite battle rooms, rather than the normal rooms.

Another useful addition to this build was the post-screen damage results.

This can help you better understand who was useful in that fight and how you can maximise future combats with similar enemy boards. I found that all the units were quite balanced and I like how they all have specific roles where they can really shine.