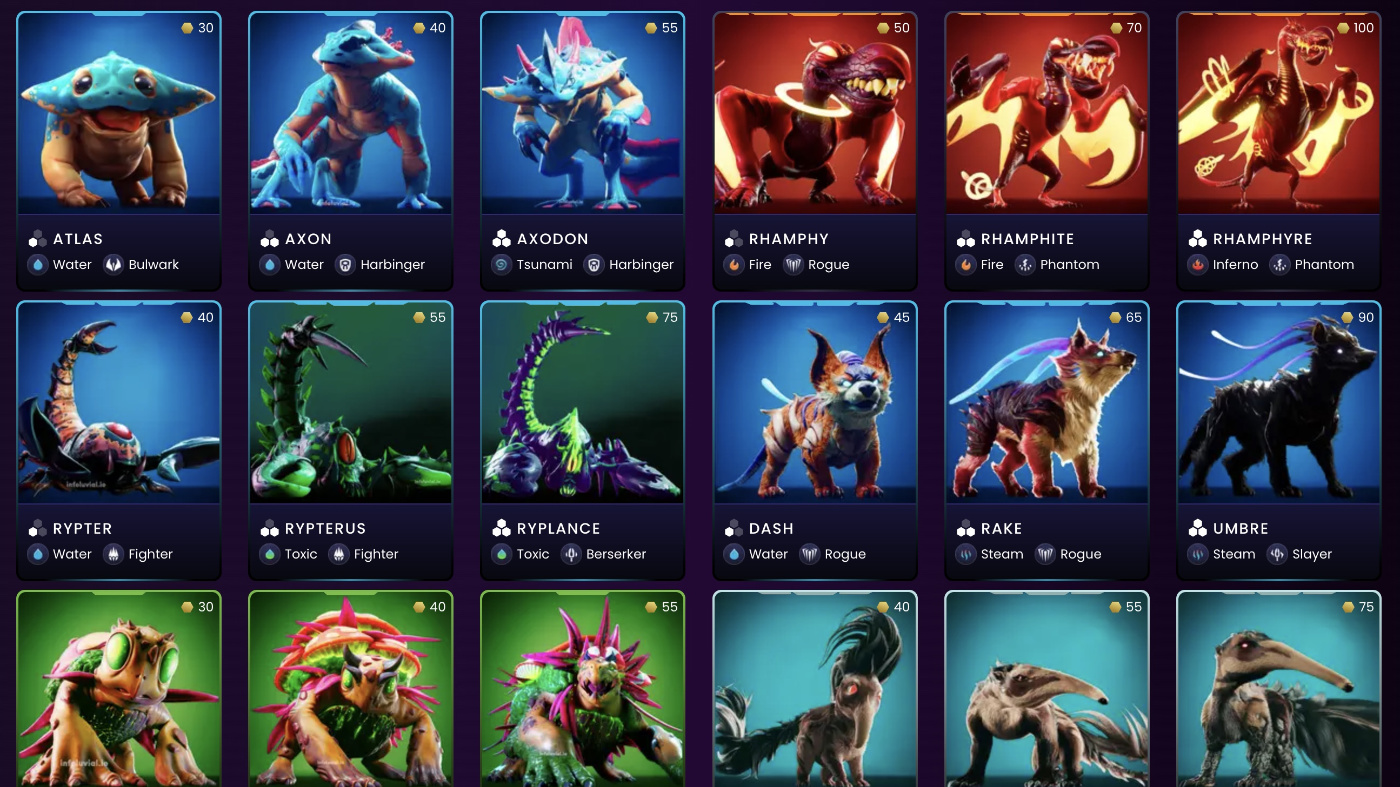 Infoluvial, a platform designed to provide information and support to gamers of the blockchain game world Illuvium, is shutting down. Creators of the project said in a statement “there were a lot of different opinions about the future of the project”.

The community platform has supplied high-quality graphics and extensive information on the world of Illuvium, including a card library (see image above) and a database of buildings from the Illuvium: Zero game.

Illuvium is an “interoperable blockchain game” (IBG) environment, currently consisting of three games in development: Zero, Arena and Overworld. Tokens and NFTs from all three games are relevant and operational in each.

Some members of the Infoluvial team announced they had plans to work on other projects in the Illuvium community area. See the screengrab below for the full text of the announcement. An Infoluvial member said the site will go offline when “the hosting expires”, without further clarification. 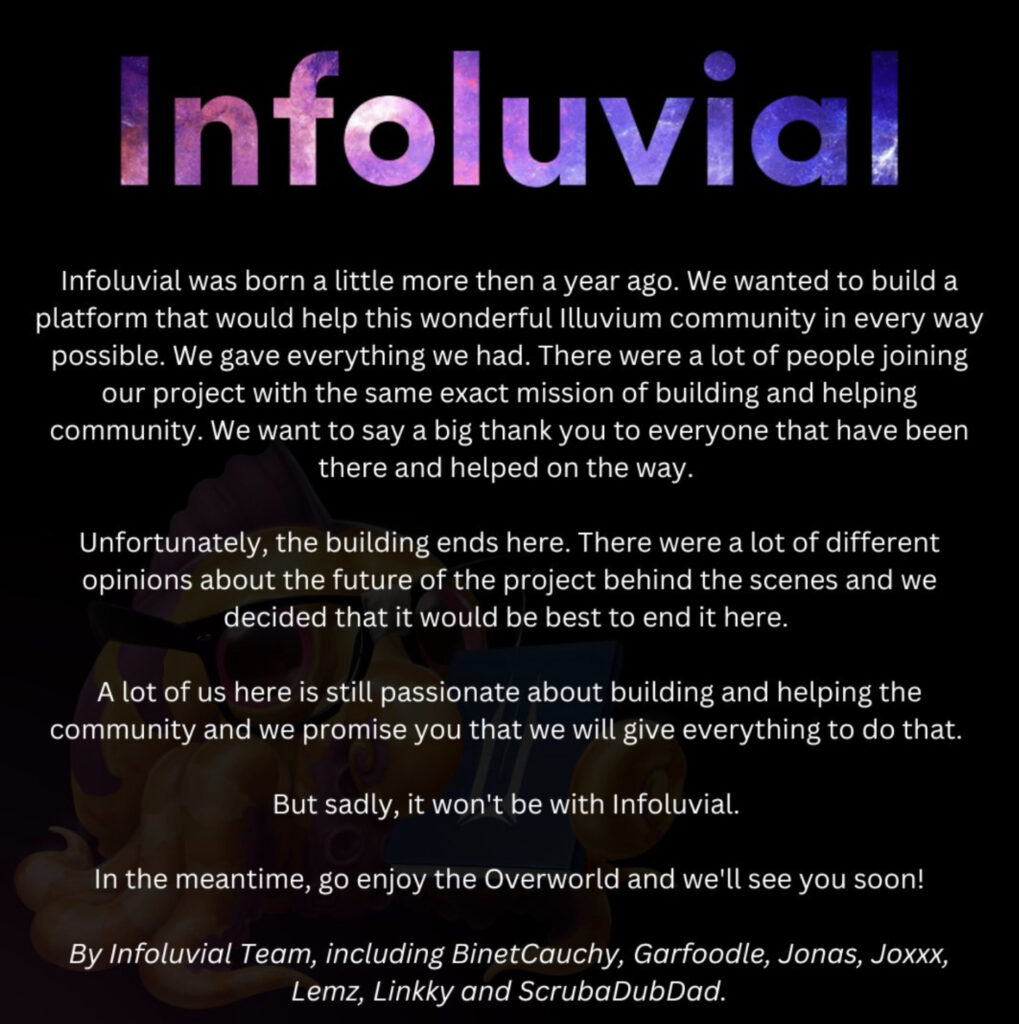