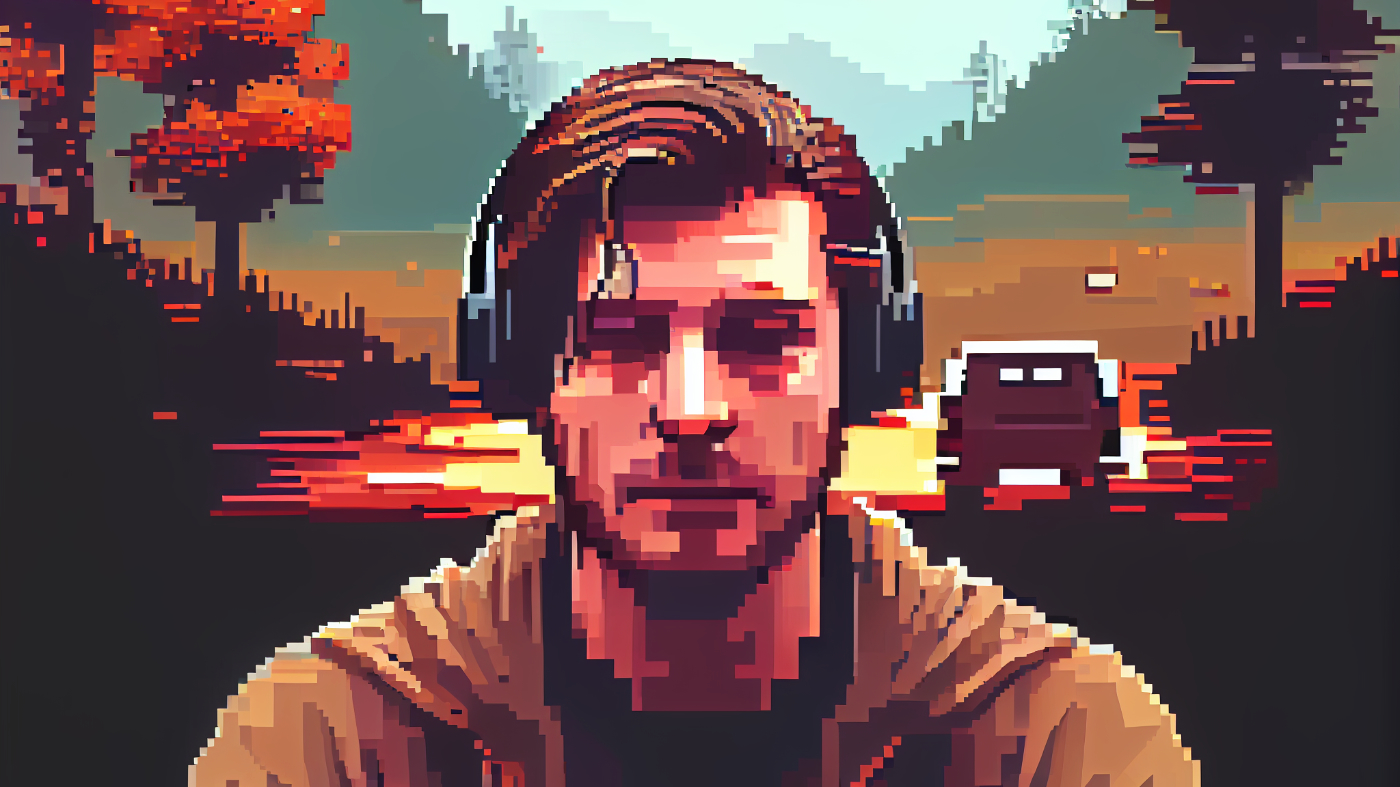 Illuvium is planning a first-person shooter as part of its game pipeline, according to co-founder Aaron Warwick, who gives an insight into the strategic direction of the ambitious games studio and DAO in this Polemos Pharos interview.

Aaron Warwick is an unusual guy, which makes him normal for a Warwick. The co-founder of blockchain game studio Illuvium is a fierce competitor and sportsman and at the same time a coder who loves puzzles and is drawn to “the nerdier elements in life”.

Warwick, 40, is the son of professional Australian tennis player Kim Warwick and the second-born of four boys who are all involved with Illuvium. He studied computer engineering and physics at Wollongong University, became a successful franchise store owner, runs a tennis training academy, and is now at the beating heart of the Illuvium project, “working on the story and game design”.

The fortunes of the Warwicks are tied to the blockchain: eldest son Kain Warwick made a great deal of money as a crypto innovator, founding the Synthetix platform, and the clan sees gaming as the next big application of blockchain technology. 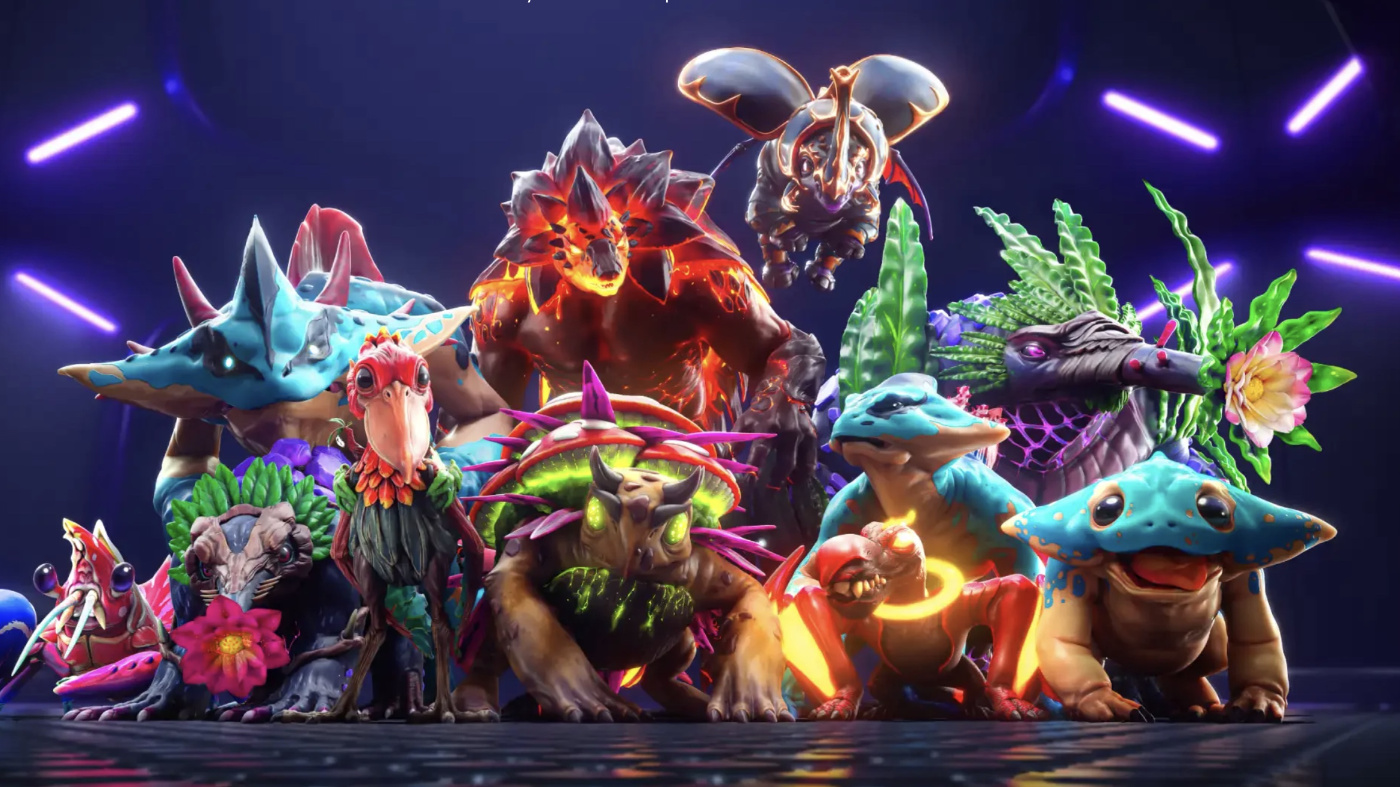 Illuvials, collectible NFTs, form the basis of the Illuvium world

To understand much of what Warwick talks about in this interview, it is important to know exactly what Illuvium is, which in itself requires a few paragraphs. The best analogy is perhaps to an IP (intellectual property) franchise like the Marvel Universe. Instead of films, though, the output of the Illuvium project is games.

There are currently three Illuvium games in development: a mobile and desktop city-builder called Zero; a card-style auto-battler called Arena; and Overworld, a third-person perspective game where you collect creatures Pokemon-style. A consistent game world (“lore”) and common blockchain assets (tokens and NFTs) are what unites the games.

As with most blockchain games now under development, the strength of the whole construction rests on both good old-fashioned gaming fun, and the ability of the assets to live outside the games and be traded independent of Illuvium.

The other important thing to know about Illuvium is that it’s a DAO – Decentralized Autonomous Organization – that is governed by the people who hold Illuvium tokens ($ILV). DAOs work like evolved blockchain versions of stock-issuing companies, allowing token holders to vote directly on matters relating to game development and administration.

For more, see our introduction to Illuvium Overworld, and at the Zero and Arena Basics courses in the Polemos University.

On getting it to come together

Warwick sees the strength of the Illuvium project being the elevation of player engagement beyond single game environments.

“I would actually say that the meat of Illuvium is not in any one individual element. It’s in getting them all to come together in a way that’s cohesive and allows people to experience something that they haven’t experienced before.”

In this, blockchain technologies retain the benefits of being digital while picking up some of the advantages of offline entities. For example, in the Illuvium games the collectible creatures called Illuvials are unique digital objects (NFTs) that can be owned by players in a way that feels more real that, for example, “owning” weapons in a non-blockchain game.

“What we are trying to do is build a whole ecosystem of games together that can work in a way that allows you to feel like you’re part of a larger world … We always talk about this idea of having a massively multiplayer game and having this big metagame … we’re trying to build that not through one game that has everything but through a number of games that all have individual, smaller pieces, which makes them a lot easier to develop.” 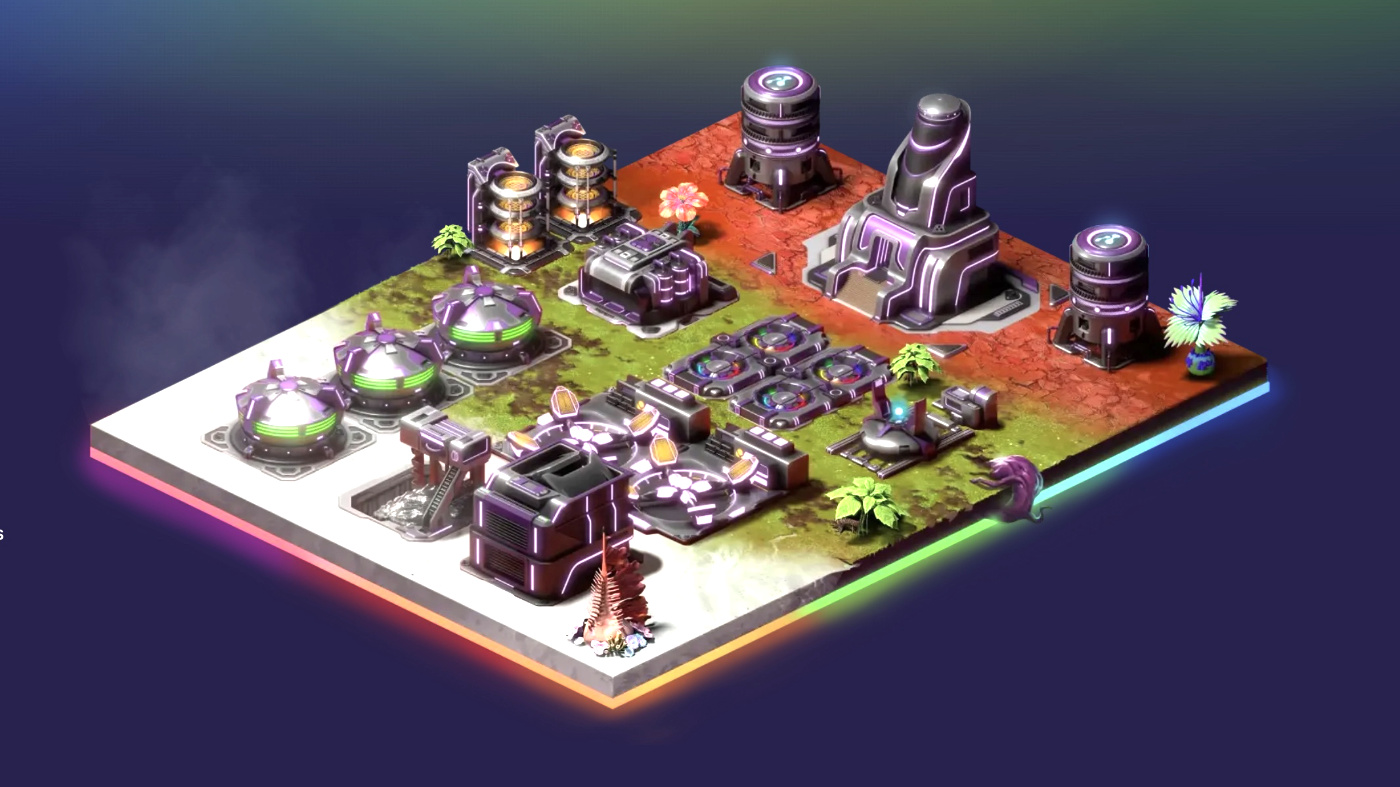 Illuvium Zero, where resources are produced based on land

When questioned about the complexity of the Illuvium world economy – which includes three kinds of crypto token, many NFTs including resource-producing land, and six resources themselves – Warwick is happy to dive into the detail. Like a real-world economy, supply and demand should act to self-regulate in Illuvium.

“We’re not saying that we’re absolute geniuses and we’ve worked out these types of economies. They’re very complex and they will take time to get right, but we feel like we’ve got enough levers in place and we’ve got our priorities straight so that we at least have a fighting chance.”

“The three games that we have are a proof of concept of our entire ecosystem. There’s two games that must exist: Illuvium Zero and Illuvium Overworld. Together, they act as the way to get items into our world, and not just items, but all NFTs.”

Warwick says Illuvium has around 200 people all up, working on the three games in development, the supporting infrastructure, and also the game pipeline. The latter sounds ambitious.

“We already have in the works, at various levels of concept, probably 15 to 20 games that we think could work. We’ve got some basic game design documents for five or six of them that we think are very obvious ones that can exist in our universe … There is a first-person shooter that is at a very low level of concept.”

He says the key is how they can meaningfully make use of universal assets.

“With all of these games, it comes down to how you use the Illuvial NFTs.”

In early December 2021, the price of ILV surged over $2000 and for a while Illuvium was valued in the billions. As of writing, ILV was trading under $40. For Warwick, the fluctuation is not particularly significant.

“We’ll just take it as it comes. The one area that I think is important for me, is that we want the project to be successful and for other people to gain out of it. And so obviously it doesn’t feel great at the moment that there are people who have lost out of it, but all we can do at this stage is just build the best game we possibly can … I’m going as hard as I can to try and allow the DAO to thrive.”

“I still drive a Toyota Rav4, and I don’t buy many fancy things.”

“I’ve never had any expectations about the monetary side of the game. My thought has always been to build something incredibly cool that is not anything that exists in the market at the moment. And when I say that, I don’t mean in the blockchain space, I just mean in general because we don’t look at our game specifically as a blockchain game.” 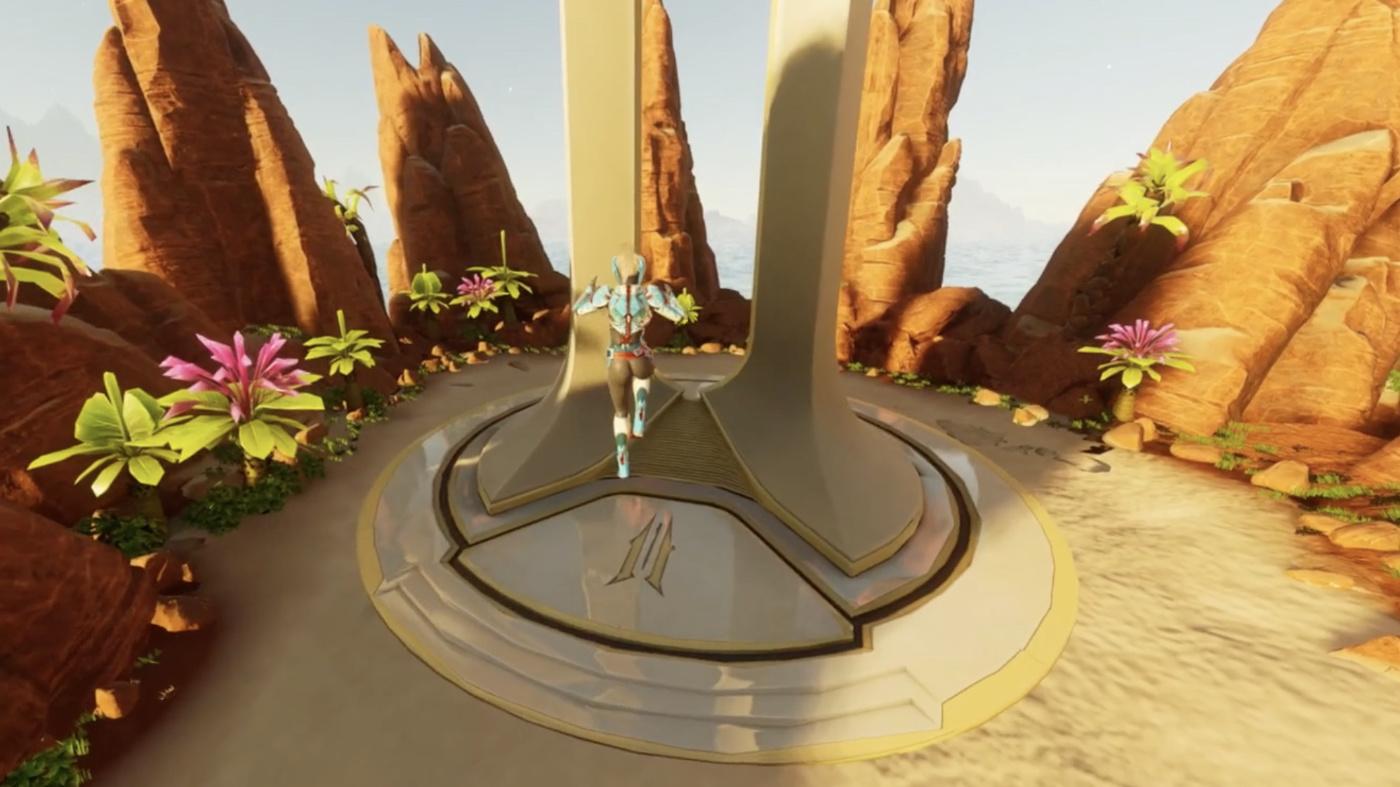 Staying away from the “blockchain game” description is also important to Warwick when it comes to finding an audience. He rejects the idea that Illuvium must find a way to reach mainstream gamers.

“I wouldn’t say that that’s actually the challenge. I guess in a functional way, that’s what would happen. It would be mainstream gamers eventually coming over to blockchain games. The problem with that is there is an implication that being a blockchain game specifically has some value and it absolutely doesn’t.”

“That’s the difference in our mentality when it comes to our game versus a lot of the games that I see being made. There have probably been a hundred games I’ve looked at and reviewed to try and see if people have great ideas. The most common idea is just to use ‘blockchain’ in the title, to put ‘NFTs’ in there without any idea of why they should exist and what the technology should be used for.”

“I liken it to back when the Game Boy was invented, there were a lot of games that were just absolutely terrible because they didn’t take advantage of the fact that people could be using it periodically while they were traveling, while they were in the car … the technology [should dictate] the advantages that it gives you.”

“Mainstream gamers will eventually play mainstream games that just happen to be connected to the blockchain.”

“They’re not gonna suddenly flock over to some new thing. They’re gonna do exactly what they’ve always done, which is play the best games, play the things that are the most fun, that give them the best experiences.”

“It’s certainly not gonna be ‘NFT’ in the title. [Mainstream gamers] absolutely hate that because so far all they’ve seen is mostly crappy projects and scam projects. They’re absolutely right to feel fearful and have disdain for NFT games.”

“I don’t want us to be seen as an NFT game. I want us to be seen as a AAA game that is enjoyable and fun. And one of the reasons why it’s so fun is because you own your own assets. And the way that we do that is through the blockchain. So it’s about putting the order correctly and not having the cart before the horse.”

On the Warwick family 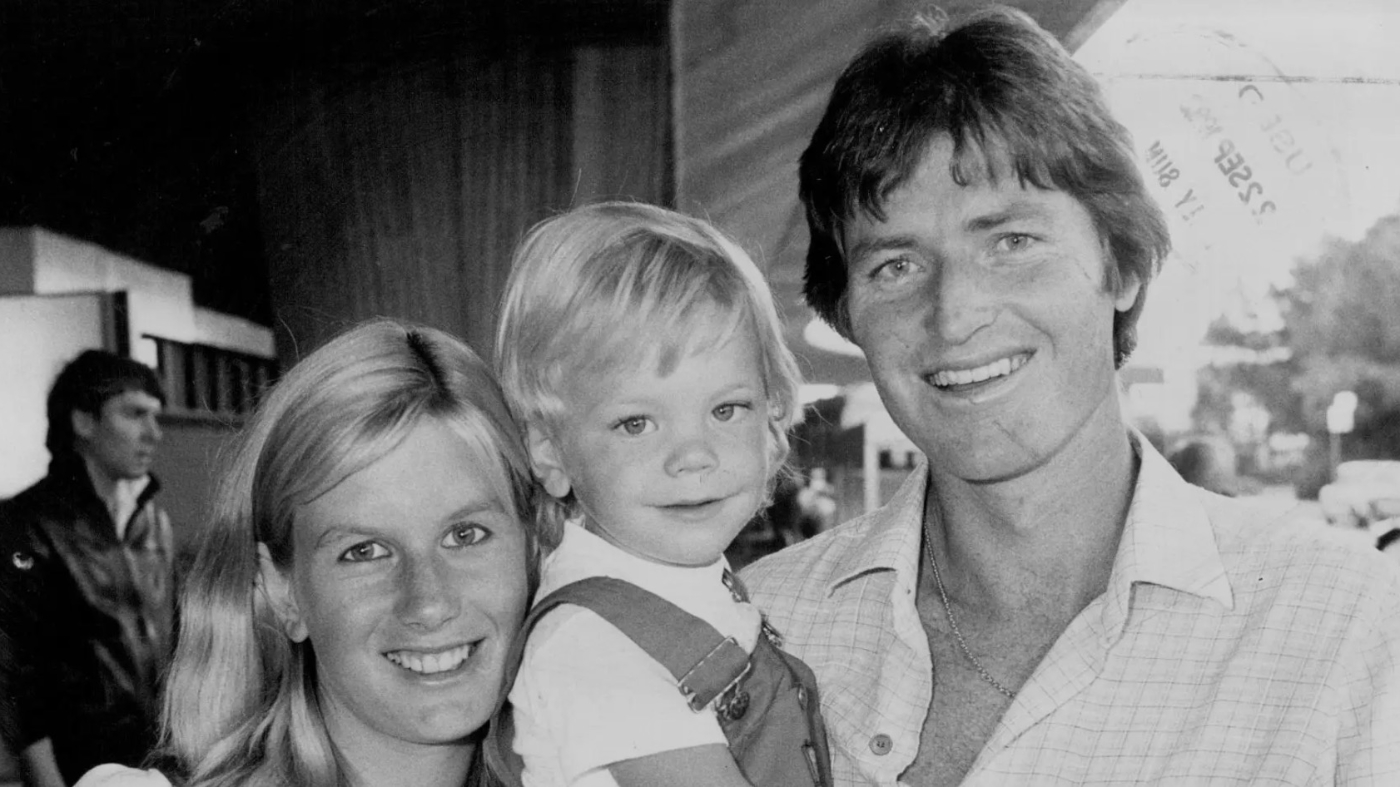 “I don’t think I’ve met anyone that’s even remotely similar to my brothers … that’s sometimes a good thing and sometimes not. We were really competitive growing up. We tend to argue a lot. We even argue a lot about things that we know are definitely wrong, but it becomes sport to try and convince the other person that you are correct. I think that in another life we could have all been lawyers … we will gladly spend hours and hours at a time debating ridiculous topics that have no basis in reality.”

Warwick explains the birth order and dynamic of the four boys: Kain, Aaron, Grant and Kieran.

“There’s a bit of a gap between myself and Grant, so Kane and I were a little bit closer in age growing up and Kieran and Grant grew up a bit closer together. There are  little things in the way that it changed our experience. For example, I missed out on the Pokemon craze. I was just a little bit too old for it. But that’s where they’ve come in to try and convince me that something like a collectible monster hunter-style game would be fantastic.”

Aaron Warwick will feature in a Polemos podcast engaging with the most interesting and influential characters in the blockchain gaming world, to be released early in 2023. The illustration at the beginning of this article is AI-generated, rather than an accurate likeness (Polemos/MidJourney).