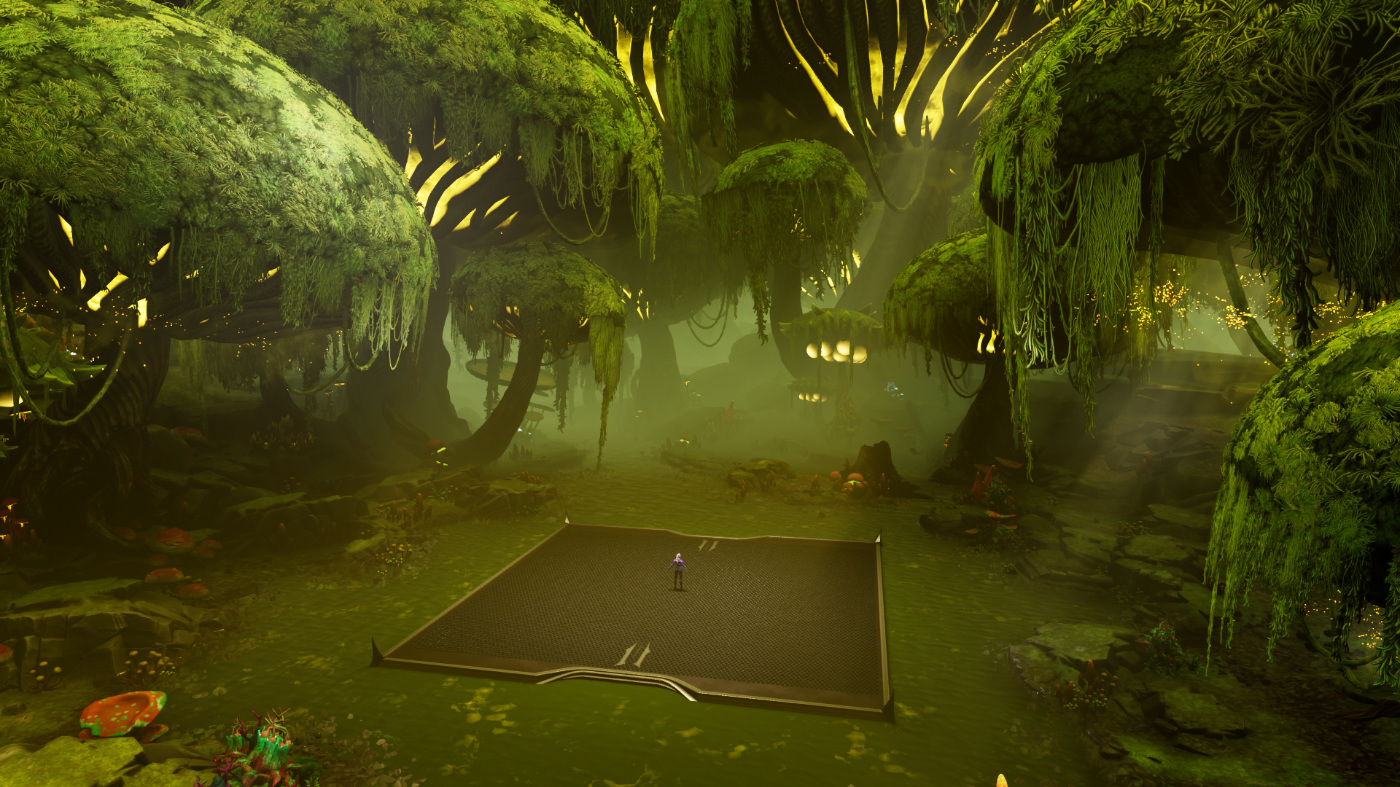 The Illuvium team has released a short video showing a new region in the Overworld game, a key component in its anticipated blockchain game-universe.

Illuvium Overworld is an open-world third-person perspective game where players hunt out and capture creatures (“Illuvials”) that can be collected, traded, and battled in other Illuvium games and external marketplaces.

The region shown is the Abyssal Basin, according to screenshots released prior to the release of the 44-second video. The video begins with a moody tracking shot through a swampy region with illuminated trees and trailing vines. It then switches to a long view of an “encounter board” surrounded by monumental and bizarre vegetation.

Visual quality is typically high – Illuvium is widely regarded as an AAA game – and is notably more complex than that seen in the now-playable Crimson Waste region. For more on the Crimson Waste, see Polemos experts’ first impressions.

For an overview of the entire Illuvium game universe and the studio’s philosophy, see the Polemos interview with co-founder Aaron Warwick.