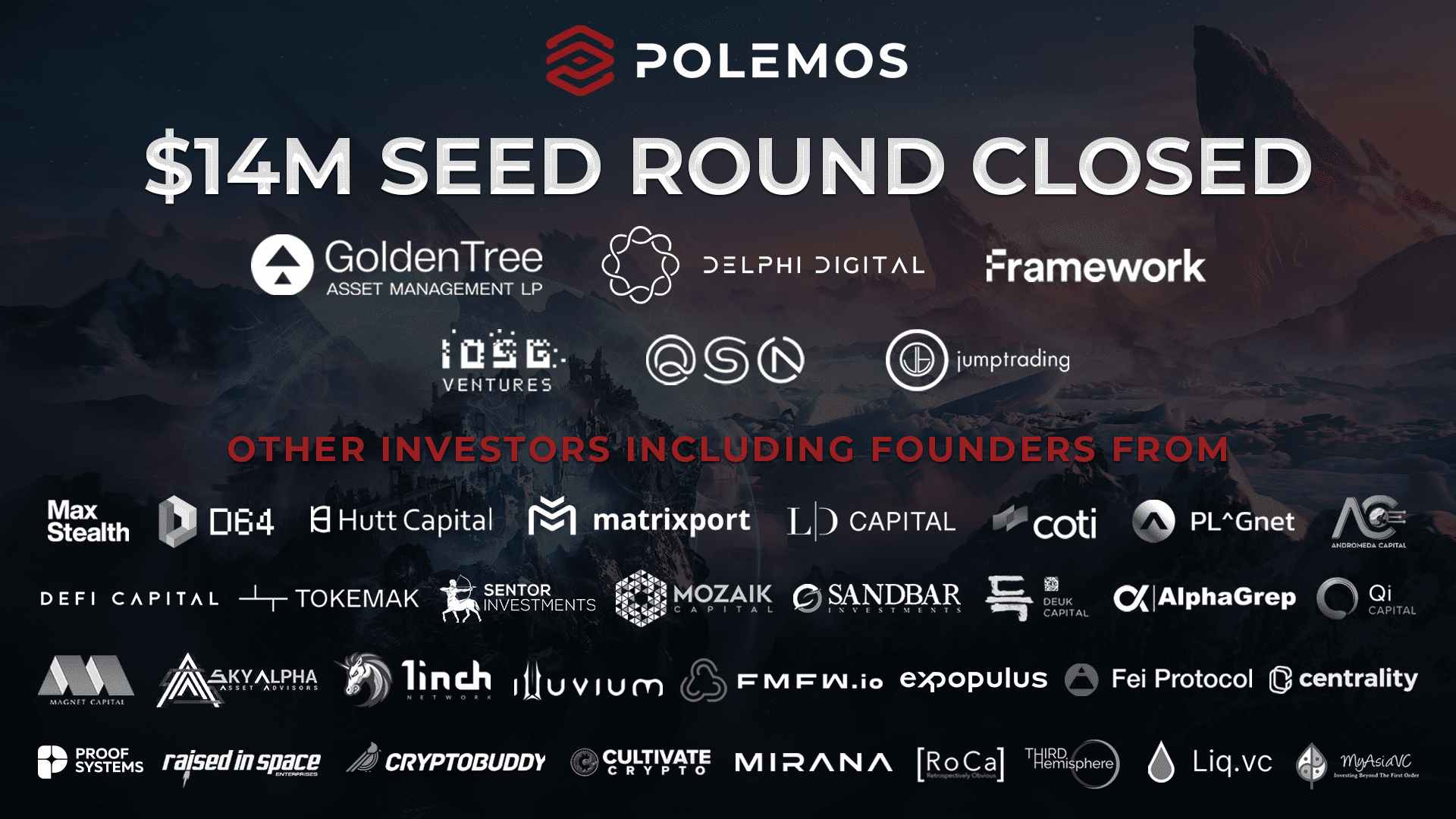 Polemos, a GameFi platform and play-to-earn guild, announced a $14 million seed round on Monday. This brings the startup and forthcoming decentralized autonomous organization (DAO) to a $100 million post-money valuation.

“We have significant costs for the development of the tech, and that is one part where we want to heavily scale both the team and also contractors to build even better and faster [on the] main tech stack that we’re aiming to put into the space,” Zehe said.

Polemos currently has around 25 employees but expects to reach at least 50 by the end of the year.

Framework Ventures and Delphi Digital are two leading investors in the round.

Michael Anderson, co-founder of Framework Ventures, told Blockworks that gaming guilds like Polemos are the “potential next phase of what an esports franchise could look like.”

“Guilds [are] something that have existed in games for a long time, but now that we have NFTs, we have massive swaths of players that are coming into these games. The role of a guild has a much more pronounced function within this ecosystem than previously,” Anderson said. “It’s one part asset management, one part technology company, and one part recruiting and marketing.”

Other participants in the round include QCP, GoldenTree, IOSG and LD Capital, along with the founders of Sushiswap, COTI, Tokemak and Altered State Machine.

Article originally posted on Blockworks By Morgan Chittum/April 4, 2022, 10:00 am EDT