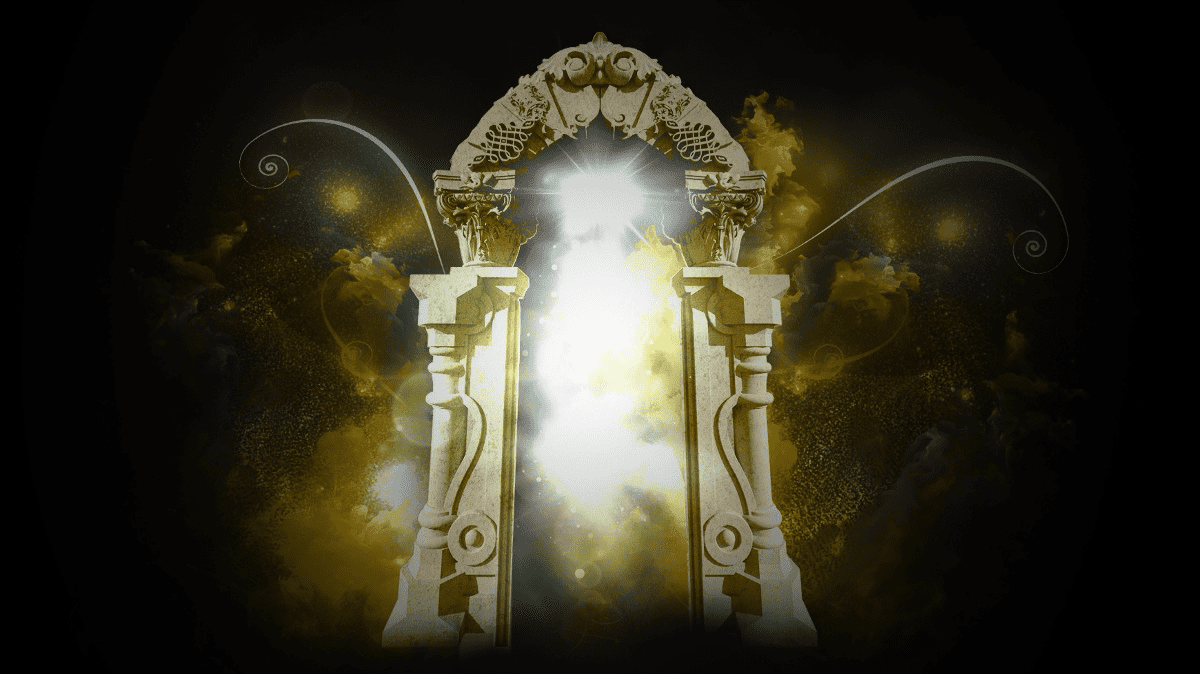 From speaking with project founders and builders in various sectors of crypto, we can see a recurring theme – confidence and excitement for blockchain gaming and GameFi. There’s a building sub-plot developing within this narrative, too – crypto gaming guilds.

Stockhead recently caught up with Sascha Zehe – the co-founder and CEO of Polemos, one of the most interesting developing guilds in the space. In fact, to describe it as simply a guild doesn’t do this Ancient Greece/fantasy-themed DAO GameFi platform complete justice, but more on that below…

THE EMERGENCE OF CRYPTO GAMING GUILDS

Hi, Sascha. We’ve been seeing more and more guilds, including Polemos, popping up in the blockchain-gaming conversation recently. Are play-to-earn guilds the next big thing in this sector of crypto?

In short, yes! And that’s because play-to-earn [P2E] blockchain games are the first real-world use case for crypto for the mainstream. Given that there’s an estimated more than 3.2 billion gamers worldwide, and the number of those gamers playing play-to-earn games currently is less than five million, the market potential is massive.

In the years ahead, the number of new P2E games launching will be staggering, and hence the number of guilds will likely increase also.

The success of P2E game Axie Infinity (AXS) was pretty eye opening in 2021. Do you think this is also partly the reason we’re seeing more gaming guilds emerge in crypto?

Primarily I think more guilds are popping up because the play-to-earn opportunity is still in its infancy and has huge potential. Clearly Axie Infinity is the first big mover in play-to-earn gaming, with YGG [Yield Guild Games] being the first mover in guilds for that game.

But we think the play-to-earn winners will be the games that have the highest-quality graphics, the best tokenomic model and the best user experience, and the guild winners will be those who build the deepest connections with those games and their communities.

MUCH MORE THAN A GUILD

From reading through your whitepaper, it seems clear this is a project with vast scope and vision. Tell me if I’ve got this right… Polemos is a DAO (decentralised autonomous organisation) with aspects including: a large-membership play-to-earn guild, a marketplace for revenue-generating NFT assets, and the Polemos University GameFi learning portal?

That’s basically right, and it will be empowered by the Polemos token, which will ultimately provide three utility mechanisms – for governance, revenue distribution and staking yield.

How will the asset staking work?

Individuals, investors, or even entire guilds will be able to generate additional revenue as Asset Providers by staking idle assets for games that Polemos has chosen to bring into the ecosystem. This, and the concept of a Partner Games Vault are two key differentiating factors for us.

What’s the Partner Games Vault set up to do?

It’s a fund that initially holds 10 per cent of the total maximum supply of Polemos tokens and allows game developers to pay out additional yield inside their games to players holding a Polemos member badge. Its purpose is to incentivise game developers to partner up with Polemos, and the DAO’s governance structure votes on which games it decides to collaborate with.

Would it it fair to say Polemos has a much broader take on the gaming guild concept than most other guilds?

Well, what we are planning to achieve is completely unique in the space so far. Polemos has the goal of becoming a GameFi platform that transcends the boundaries of current guilds by focusing on three core goals: metaverse adoption, community engagement and esports dominance.

What plans do you have with regards to esports?

Our aim is to support the adoption of esports in blockchain gaming – and so the DAO plans to host regular championships, leagues, and other competitions via its own Esports Hub. The Partner Games Vault can help with that, enabling Polemos to strike early deals that include the right as official esports organiser.

The Polemos ‘universe‘ aspect with its ancient Greece and fantasy mash-up theme looks intriguing. What’s the origin of the name Polemos?

It’s an ancient Greek term meaning ‘the divine embodiment or personification of war’ – Polemos is built on competitive play!

A FOCUS ON ILLUVIUM, AND THE POWER OF ASIAN LOGIC

You mentioned games with high-quality graphics earlier… the developing RPG auto-battler game Illuvium [ILV] is certainly one that’s taking a AAA-quality approach to its production of gameplay and aesthetics. Polemos is putting most of its focus on this particular game initially – does this factor also make you quite different from other developing guilds?

Absolutely – Polemos aims to be the leading guild to play Illuvium. And the reason for that is it’s a game we expect to have millions of daily users once it goes live early in 2022. Our leadership team consists of several members of the Illuvium council, who understand the game and strategies as well as anyone.

Also, we believe we have a real differentiator through our relationship with Asian Logic, which is one of the largest gaming companies globally with 5,000+ employees. This is big – for both Polemos and Illuvium – and that’s because Asian Logic is permitting its workforce to become Polemos guild members and make use of their work computers to play Illuvium.

[Asian Logic has widespread Asia-Pacific presence, owning brands including sports-media company Sporting News and Dafabet. The latter, based in the Philippines, has more than 1.5 million unique visitors each month.]

A large, ready-made user base certainly can’t hurt… Do you think Illuvium will look to emulate the sort of success Axie has enjoyed in ‘developing’ nations, such as the Philippines?

We think Illuvium will be popular all around the world. Within its Discord channels there are 24 active languages spoken including Hebrew, Turkish, Korean and Greek!

But the appeal to people from lower-income countries to be able to earn above-average incomes as full-time gamers means that we do expect strong participation from players in the Philippines, Vietnam and Indonesia.

Can Illuvium-focused guilds become as popular as current Axie-focused ones?

Definitely. Guilds are not necessarily winner-takes-all markets but Polemos has made a large bet on the success of Illuvium, which we think will ultimately become more popular than Axie. And that’s due to its game quality, strategic depth and ways to earn in-game revenue.

The Illuvium team has spent tens of millions of dollars and employed some of the best-regarded global game developers so the game experience will likely be so much more rich and complex than Axie. As such we would expect that there will be other guilds also focusing on Illuvium and other AAA games that will be launched in the years ahead.

In time we expect there will be space for several large guilds. I think ultimately games will benefit from there being several strong international guilds, but as with most things in life, the larger you are the more scale, diversity and benefits you can offer.

What do you think strong guilds bring to crypto gaming in terms of benefits?

Games like Illuvium also have a competitive-gaming component to them, and we think our plans to have the highest-quality gamers be part of Polemos, combined with the relationships we have in place with Asian Logic in esports, will lead to lots more in-game opportunities for scholars who are part of Polemos.

[*Scholars are players who have their game-entry costs and training costs funded by guilds. In return, gaming revenue made within the game is split between players and guild.]

Can you tell us a bit more about the gaming-education aspect to Polemos?

Yep, Polemos University is going to be a very exciting thing. Our plans include significant investment in resources and education to help our guild members at all levels of experience improve their gaming skills, which in turns will create increased financial and in-game rewards for them relative to playing alone.

The different levels of gaming experience – are you talking total beginners through to full-on elites?

While Polemos already has elite gamers as members of our guild, we also expect ultimately to have thousands of less-experienced gamers, who will join Polemos for the income achievable, the education and strategy development we will provide, as well as the fun of playing great games as part of a team.

From day one of Illuvium, we will have three broad types of players – elite gamers with deep gaming experience, less experienced or new gamers who are Asian Logic employees looking for additional income and enjoyment, and also other gamers from all around the world who want to be part of a guild because of the benefits we can deliver to them in-game, as opposed to them just playing the game outside of being part of a guild.

BRINGING OTHER GAMES INTO THE FOLD

Aside from Illuvium, what other games are you excited about in the crypto space?

We’re looking forward to Fancy Birds [launching early 2022 as the Fancy Games (FNC) flagship title]. This brings the simple yet addictive gameplay of Flappy Bird into the play-to-earn space and is an incredibly interesting move that we are very keen to see play out. As one of the leading guilds in the Fancy Birds seed round, Polemos also has its own uniquely branded bird.

We’re also going to be active in Galaxy Fight Club via a collaboration with Comfy Ventures. GFC’s approach of delivering a cross-IP, cross-platform battle game is certainly one of the more advanced attempts to embrace the idea of an interconnected metaverse.

And Polemos is going to have a large focus on esports, so MonkeyBall is also a game we’re planning to stake our claim in since it offers another unique take on how to bring competitive team play into play-to-earn.

Finally, Altered State Machine is another project we’re closely following. It’s, without a doubt, one of the most complex and interesting attempts of combining gaming and finance.

Can you give us an idea of what’s coming up for Polemos?

Yep, here’s what we’re planning to achieve very soon – in quarter one of 2022, in fact. The closing of our seed round; scaling of core contributors; the public sale of the Polemos Token and the launch of the MVP (minimum viable product) for the Polemos University.

Cool. Lastly, got any specific predictions for the crypto gaming sector in 2022?

I’m convinced that the sheer mass of quality blockchain games to be released in 2022 will draw a lot of players from traditional gaming into NFTs and, as the player masses continue to grow, existing guilds – in order to not be left behind – will have to realise that they need to offer more than just profit-sharing scholarships controlled by human managers.

The demand for more diverse and engaging offers will continue to expand as more and more traditional gamers cross over.